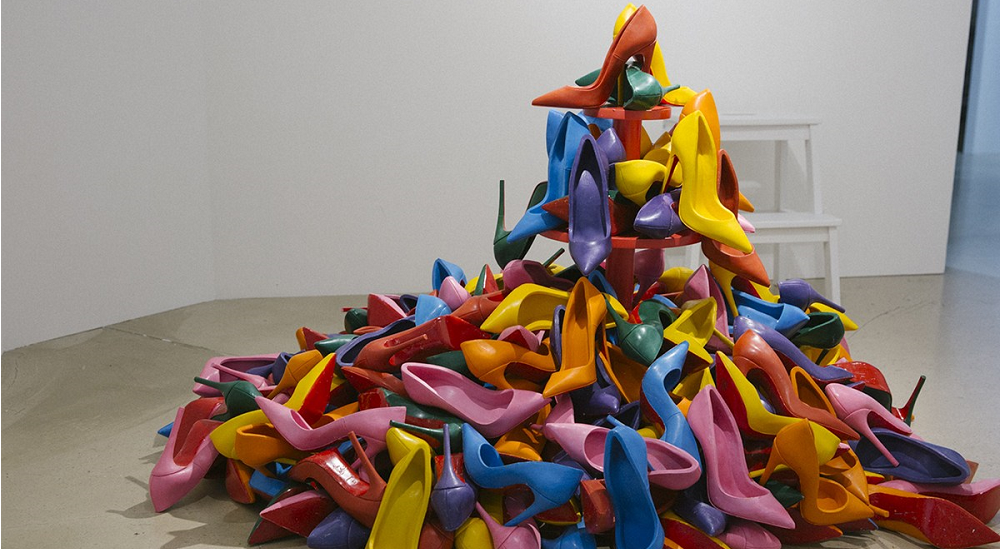 Established 5 years ago, Art Basel Hong Kong, the youngest fair under the Basel banner, has definitely grown up. The increased selection of participating galleries as well as more sophisticated artworks on show drew nearly early 80,000 visitors this time. Exhibition openings and parties were packed with jetsetters from all over the world, which flew in to join the ceaseless roller coaster of social events. Significant sales with a strong response from Asian collectors, including those from Korea, Mainland China, Hong Kong and Japan, secured Hong Kong Art Basel position as a powerful outpost on the global art stage.

With a history steeped in trade, and no artistic heritage, it’s hard to imagine a place more hard-wired for commerce than Hong Kong. And while the fair it’s building up its reputation within the conservative art world, the identity of the Hong Kong art scene it’s more and more connected with fashion. This boundary less creative flow is perhaps what makes Art Basel Hong Kong unique, differentiating it from the other art fairs. The action of luxury brands and retailers goes behind simple merchandizing, and aims to give to the public a real insight into the creative world of fashion designers, while creating a real crossover between the two fields.

In this context Joyce Boutique‘s flagship store on Queen’s Road Central gave carte blanche to London’s Gazelli Art House Gallery, which transformed the space of the iconic store through a series of pop-up exhibitions featuring selected artists from Gazelli’s eclectic offering of international talents, including pop artist and fashion designer Philip Colbert, Charlotte Colbert, Mila Askarova among others. Shanghai Tang Mansion got a makeover too, as artist Kirk Cheng has transformed it into a Suzhou-inspired garden via a large floral installation.

Christian Louboutin collaborated with New York-based Australian artist CJ Hendry, as she debuted her first show, ‘Complimentary Colors’, in Asia during Art Basel week. Best known for her iconic monochromatic hyper-realistic pen drawings, the artist used color as a medium for the first time, presenting highly rendered, mesmerizing drawings of thick oil paint in different color ways, paying homage to the iconic Christian Louboutin soles with red highlights. To express the incredibly rich and eclectic creative universe of Alessandro Michele, Gucci has invited Dan Thawley, Editor-in-Chief of A Magazine Curated By, to present a multimedia exhibition. The immersive showcase gave new depth to the content featured in the latest issue of A Magazine, which was curated by Michele, and celebrated the work of photographer and muse Petra Collins, who also has an important section within the magazine. Taking the form of a trilogy, the exhibition premiered in Hong Kong from 22–26 March and will travel to Beijing and Taipei.

Last but not least, the niche luxury brand Cherevichkiotvichki installed a life-size sculpture within the avant-garde concept store INK in Causeway Bay. Victoria Andrejeva and the Cherevitchkiotvichki’s team created a giant figure in the shape of a female body by using the fabrics off-cuts from the last collection, hand-stitched together in a beautiful patchwork skin. Andrejeva spent three days in the store giving the final touches to the artwork, giving costumers a glimpse into the artisanal universe of Cherevitchkiotvichki. Titled A Toppled Anatomy the sculpture embodies the idea of primitive femininity, powerful and delicate at once, quintessential to the Cherevichkiotvichki’s brand identity.
artbasel.com
®All Rights Reserved