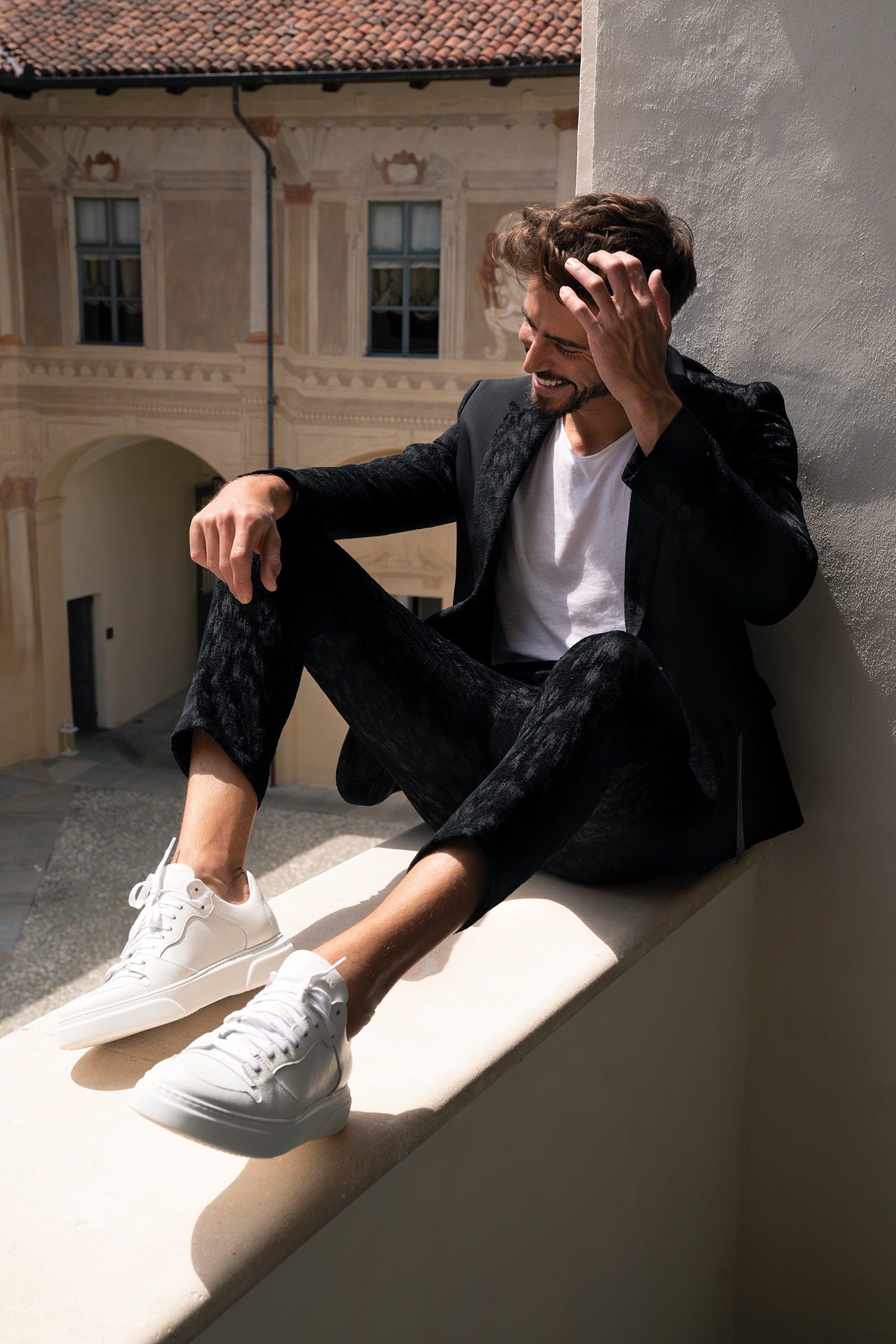 Marco Ferri, class ’88, former competitor of the 2018 edition of “Isola dei Famosi” and son of the historic Inter linebacker Riccardo Ferri, has a degree in Communication Sciences from the IULM University of Languages and Communication (Milan) and obtained a Master in International Marketing from the European School of Economics (London). He began his modeling career at the age of 18, before landing in Chile and Spain in 2014 with the participation in reality shows. Today he ties the role of influencer marketing to volunteering, a project that is very close to his heart. His greatest passion? Travels.

Our meeting is at his house and I think he does this to protect himself, to play in a family camp, to “stay safe”. Then, I enter on tiptoe, because interviewing is a bit discover, and as the psychologist “rummages, investigates” with a question, so the interviewer “digs” to bring out the person and let the character rest. He greets me with a big smile in the room with the poker table, one dedicated to evenings with friends, he will reveal me later. A thin console houses two whiskey glasses, a Bombay, a Ramazzotti and other liqueurs; on the walls, vintage Vogue covers are framed: they tell of his passion for fashion. On the table in front of the sofa there is “Valentino, at the Emperor’s Table”, the book signed by the same couturier, known at his birthday in 2018. We begin our talk to retrace the history and passions of Marco Ferri, son of the footballer Riccardo Ferri from which he inherited his passion for sports; a face that has made itself known to the general public thanks to its participation in the Island of the famous 2018. After television successes and gossip, Marco is now committed to his career and growth in the world of social media as an influencer and digital marketing specialist.

The home of this modern referee of elegance, full of details that reveal the pleasure of comfort and flashes from Don Giovanni, reminds me of a passage that Proust, in the «Recherche», gives to the character of Swann: “Several times enough overturn the reputations created by people to have the exact judgment on a person ”. Who is the real Marco Ferri, behind the known image? On the dark gray walls that lead to the rooms here is a before and an after: Marco at one year with black and white striped shorts and a red t-shirt in line with the beachfront chairs, in a carefree smile of that age that does not he still knows pains, and Marco at 25, whose lines are the background to a toned body and a look that experiences have made safer. In the bedroom, in their proud isolation on a small black lacquered shelf, a glacette and two red wine bottles, smooth and clean, ready to be served in front of the fireplace that burns on command. Are they objects of use or ritual simulacra?

You travel a lot. What goal has changed your life? When we talk about the malady of Africa we talk seriously, it is something profound that takes root in us and maybe stays there and then comes back to the surface, as happened to me, that I was lucky enough to visit as a child. I went to Kenya with my parents, it was a vacation between Malindi, Watamu and the local villages to explore the Kenyan reality, and when you are young, it hits you, but you still don’t have the means to “move” and do something. This year that light bulb came back on, that voice left inside me whispered to me what to do and finally the project came to life: I combined my work as an influencer marketing with volunteering.

What is the project? Dedicate my business trips to realities as difficult as those in Africa and give a concrete hand, buying basic necessities: food, diapers for children, clothes, sets for personal hygiene … The greatest joy is the one you take you to home, the one that gives you the light in the eyes of the children who thank you for a candy, those smiles that you would like to give them every day for the days to come; the gratitude of mothers (the men of day are out at work, generally the most fortunate do craft jobs, while others are in the city wandering around on mopeds) who rejoice over the visit and the small gifts. I remember the children who enjoyed catching a drone, and they were polite waiting for their turn to get something from the big expense made together with my crew. If we all did that little, maybe the situation would change, this is the message I’m transmitting also on social media: we know that what we do is nothing but a drop in the ocean. But if this drop did not exist, it would be missing from the ocean.

I hear a note of detachment: a disappointment? Society evolves and today relationships have become more ephemeral and superficial: they lead me to feel a little victim of the system. Those who don’t know you believe they have the truth in their hands, just because they read the contents of your social accounts, which for me are work and translate a tiny part of my thoughts and my intimate life. I am afraid that prejudices, which people often encounter, can limit the most romantic aspects of knowledge. Before social media there was more naturalness and we gave ourselves time to discover ourselves.

Is there a song that tells your journey? I have a playlist in chronological order, to which I have been adding songs for five years, if we were to catch one at random, among these, I could tell you about the city where I was at that moment, what I lived and the feeling it causes me, it’s like flipping through an album of memories. For example, Dua Lipa’s “Electricity” comes to mind that accompanied me on my way to Dubai. And yet another song accompanied my journey in Chile from north to south in 2014, after having participated in three very strong programs: Morandè with Compañia, Gran Hermano VIP 5 and Divina Comida, a cooking program for which I was awarded.

What are the perfumes that characterize you? I alternate four according to the moods: Eau de Rhubarbe Ecarlate of Hermes (“I use it in summer”); YSL Rive Gauche, daylight; Spicebomb by Viktor & Rolf, woody and spicy, whose package is a hand grenade; Wood & Spice di Montale, woody, is very successful with women.

And what are the perfumes you love to hear about a woman? I’m not a fan of strong perfumes on such delicate creatures, it would be like profaning them. I cultivate simplicity, the natural smells of freshly washed hair and those of the cream spread on my face before going to bed.

If they told you “you have 30 seconds before leaving on a long journey”, what would you take with you? My GoPro, a drone and dental floss.