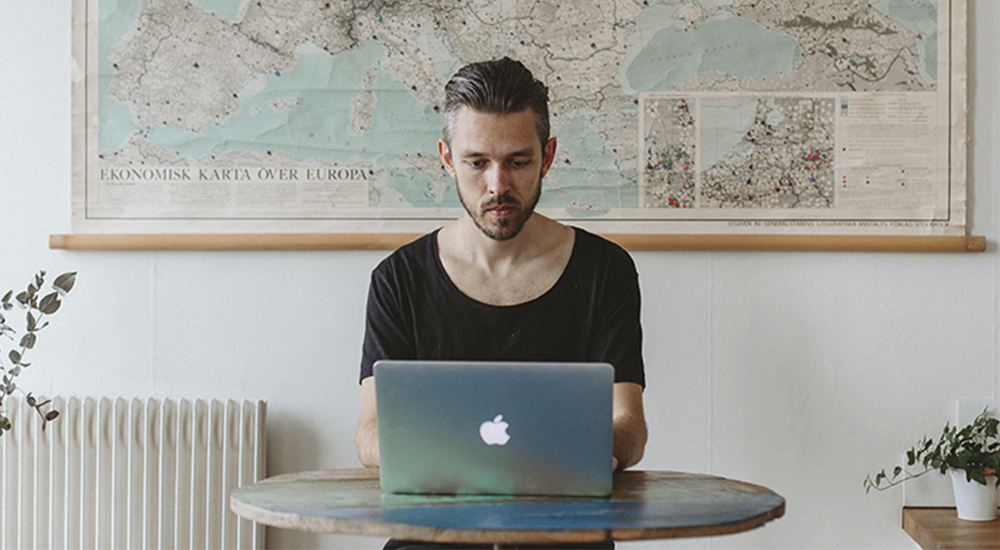 His deep blue eyes will strike you immediately, rich in colour, capable of intense stares, seductive looks, humour, fun, intelligence. His face is painted with an array of expressive masks, as only a great actor is capable of doing. And then, Ewan McGregor captures you with his contagious energy, that enthusiasm rarely found in stars like him who may be more disenchanted by the experience and their years spent on set. Now, McGregor, at age 45, has decided to surprise everyone and get back into the game, also becoming a director. Currently in theatres in Italy, Ewan directs and stars alongside Jennifer Connelly and Dakota Fanning in “American Pastoral,” a story about a seemingly perfect bourgeois American family, turned upside down when their daughter grows up into a terrorist and political fanatic during the unrest of the 1960s. You’ll also soon see him in the long-awaited “Trainspotting 2,” the sequel to the first film, once again directed by Danny Doyle. This time in addition to the drug world, it will delve into the world of pornography. And, meanwhile, Ewan is already thinking about his next film as a director…

“American Pastoral” is the film adaptation of the eponymous book by Philip Roth, had you known of it prior to filming?
Yes, I had read the book and I could not get it out of my head. It was a story that I felt particularly close to, because I am the father of four daughters and as such I know very well this kind of father-daughter relationship. [McGregor has been married for many years to Greek/French production designer Eve Mavrakis and the two are parents to Clara Mathilda and Esther Rose, born in 1996 and in 2001, and two Mongolian adopted daughters Jamiyan and Annouk, born in 2001 and 2011]

It was something that hit home, then?
Yes, and I identified with the story even more, because at the time I was filming my daughter Clara was preparing to leave home and go to New York to attend the university. In a sense, I felt her absence, which made me feel even closer to my character. Then he has to deal with a daughter who has become a murderess. His sweet, naive little girl is transformed into something totally foreign to him, then his wife betrays him- everything goes to ruin at once. But he continues to stay and to love his daughter, looking for her after she has disappeared, he never gives up. Again, I recognize myself in him, because I am also a hard-head, I’m stubborn! [he laughs]. Not only at work, but also with the people I love. I don’t let myself get discouraged in the face of any difficulty.

Yet you have a marriage that has lasted a long time in Hollywood terms where so many couples separate.
Eva and I have known each other for a lifetime. Above all we are friends and we have always had this understanding. She must be some kind of saint. She supports me and accepts that I may have to be away on set for months anywhere in the world, or I might run on with my friends on a motorcycle trip. Let’s face it: not all women would put up with that.

What made you decide to suddenly go into directing?
Actually it was something I’ve been thinking about for some time. And I think I came to the decision to take this step now because I see it as the next evolutionary move in my career as an actor. It’s as if I can have my voice heard, and at the same time, become part of the artistic production process. At the beginning I actually thought about directing a film based on an Italian book Seta (by Alessandro Barico). I was ready to meet the author, then I happened to hear an interview in which he said he aimed to entrust the film adaptation of his book to one of the great well-known directors. Honestly, it scared me. I convinced myself that I would never have been considered. Sorry to flood you with words, I know I can be very intense [he laughs and pauses].

Imagine… Go on…
Then I was presented with “American Pastoral,” which I’d had in mind to do for years, ever since I read the book for the first time, and then I re-read it. It was my agent who suggested that I direct, thinking I was something I’d be good at. A lot of big actors like Jennifer Connelly and Dakota Fanning were already in the cast. The first thing I did was ask them if they felt comfortable working with a first-time director like me, and luckily, they said yes immediately.

As an actor, do you have a particular approach when relating to other actors?
I try to avoid that attitude I hate from the world of directors, that of authoritarian. I let actors take liberties, I listen to their opinions, let them improvise. I trust them and they trust me. I want everyone to feel confortable, so we can create a real working team.

What was the hardest part about directing?
The huge responsibility that on everyone’s behalf. In simple terms, I didn’t want to make a fool of myself! [laughs] At times, actors who try to direct for the first time are swept up by their naïveté and end up being obvious or banal.

Do you think you will repeat this experience then?
Definitely. And, by the way, I am looking for financing. If anyone out there reading is interested in investing in a great story…

Did you always want to be famous?
I just wanted to do what seemed the most fun in the world! [Laughs]

You will also be in the musical “The Beauty and The Beast”
That was an amazing experience, like “Moulin Rouge.” Singing and dancing makes me feel alive every day, in an emotion comparable to that of being on stage in the theatre, even though you are on a set. Because it feels like live acting.

Speaking of passions, you mentioned before your passion for the motorcycle…
When I’m in Los Angeles, where I’ve lived with the family for a while now, I always try to jump on one and ride up the Pacific Coast Highway, along the coast from Malibu to Santa Monica and then go to the studios. It doesn’t make my producers or directors very happy, since they’re afraid I am going to hurt myself, but I wont give that sense of freedom and feel of the wind in my hair. I collect old motorcycles and vintage cars, and I even know fix them myself if they break. A hobby that has proven itself to be useful, especially when I’m in some remote corner of the planet…

You’ve written books such as “Long Way Round,” about your travels on a motorcycle, crossing parts of the world along with one of your best friends, in addition to making documentaries. Any other adventures planned?
I have in mind a very exotic journey I’d like to take, in a very remote place, as soon as I can find time between one film and the next, because I’ve been working a lot recently. Or maybe I’ll just leave suddenly, because sometimes I really need to drop everything and just go.