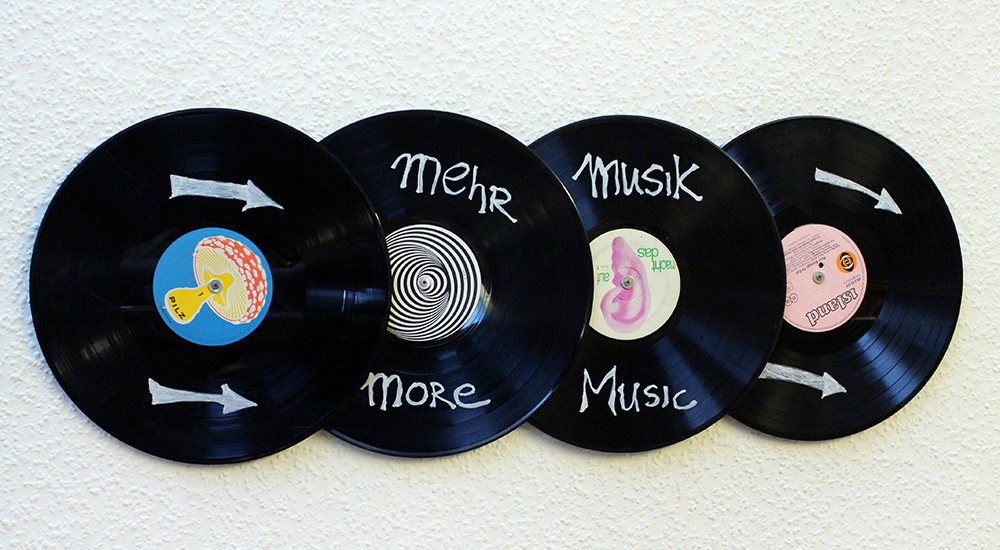 No longer simply for fans of that clean, crisp sound; no longer for the nostalgics who cannot let go of the past, not even for the fashionistas who will buy anything just to keep up with the trends. The end of 2016 marked the first time in history that sales of vinyl records in the UK surpassed those of digital album downloads and CDs. Coincidence? Apparently not. It seems instead that vinyl itself, for several important record labels and for the youngest generation of listeners, has become the pathway toward a return to genuine music, with its liquid smooth sound, unmistakable hum and flavour all its own, and albums worthy of collecting. Yet for some musicians, digital technology is still supreme for achieving the perfect sound. Among whom, for example, is Neil Young, proponent of a higher quality digital sound via Kickstarter (in a campaign raising over $5 million USD) for Pono, a digital music reader with audio resolution 30 times higher than that of an MP3 player.
However, for some years now many artists have begun to bring the big black disc back to the forefront: Daft Punk, Adele, and Ed Sheeran for example, or Jack White who sold over 40,000 copies in a week of his 33 1⁄3 rpm LP. Several big names of the international music scene, more and more frequently, have chosen to publish their new albums both in digital and analog forms, some even opting for only the second: In fact, rumours have leaked that The Smiths are set to release a new 45 record that will contain two never-been-published tracks and a demo of “The Boy With the Thorn in His Side” along with a new version of “The Rubber Ring,” a true treat for fans of the band.
Although there are still sceptics, the recent surge in success of vinyl records is increasingly evident, enough so as to incite new projects, including in Italy, and to have given rise to new commercial initiatives. Among which is Vinylify, a Dutch start-up which thought to take the old school technology, ie the classic vinyl record, and create something romantically democratic: a service in which customers can send a mix of their own favourite digital song files to be turned into a brand new, shiny black personalised vinyl record collectable. After all, if in 2014 Pink Floyd‘s “The Endless River” was the fastest-selling record since 1997 and if today Led Zeppelin still sell records, it goes without saying that vinyl presents an optimal long-term business plan, not just a passing fad or a trip down memory lane.
Speaking of memory lane, not new to the vinyl scene is Vinilmania in Milan who for the last 30 years has hosted a twice-yearly exhibition (now in its 84th edition) that continues to be the gold standard event for passionate collectors of first editions and rare records; as well as production house Phono Press, also Italian, which has been manufacturing records for 30 years, and recently had to move its headquarters in order to handle the increase in demand (from 1.000/2.000 discs a day to a production today of over 6.000), or the virtual community that exists through digital platforms like VinylHub, mapping out record stores around the world, and highlighting concerts and events linked to the world of vinyl: In short, it is a declaration of love akin to that of the tireless defenders of the printed word.

RM360, SEOUL
Opened in 2011, this small shop is a landmark destination due to its varied collection of second-hand records that range from jazz to soul, funk and ’80s hip-hop. There is also a section dedicated to Korean music and a selection of new discs, mostly hip-hop and modern funk.

GALACTIC SUPERMARKET RECORDS, BERLIN
With an inventory of around 35.000 records, this shop in Berlin offers a journey through every genre of music. Fortunately it is organized by section, artist name and sub-genre. Not to be missed: the loft section.

CARBONO, LISBONA
Inaugurated in 1983, by now it is a staple. With a clear attitude for the second-hand, the store’s shelves are stocked with a little bit of everything, though indie music and rock are heavily represented. Don’t forget to head down to the basement level.

RECKLESS RECORDS, CHICAGO
This sound mecca has London roots and a strong presence in the retail music scene for the last two decades. Here you’ll find rare titles, recommendations and instructions on how to acquire the best of the best in music history.

BOUNCE AUDIO, MELBOURNE
New to the Australian scene, this store is the destination for shoppers looking for second hand copies of DJ collections, especially funk and soul music.