Born and bred in the USA with a passion for acting since primary school, Jeff Ward is an american actor and writer of whom you will surely hear about in the next months. Amongst the cast’s names of the expected fifth season of Agents of S.H.I.E.L.D. stands out the one of Jeff, who plays a key role. We already know him from the TV series Channel Zero: The No-End House where he played the role of Seth, a magnetic and charismatic guy with a troubled background, completely different from Jeff’s one. In his future the actor hopes to fine tune his biggest passions, writing and acting, and then deal whit the direction and setting in theatres and films. MANINTOWN interviewed Jeff Ward to know him better and to ask him about goals and dreams he has for his future career. In the meantime we are waiting to watch him in the new and compelling season of Agents of S.H.I.E.L.D., soon available on Netflix, that will keep us glued to the screen, as Jeff says.

How old were you when you started to become interested about acting?

I acted in a play when I was in primary school. My teacher wrote a version of Tom Thumb and I played the leading role. That, combined with an obsession with movies from an early age, always made me curious of this fascinating world.

Do you have an actor who inspires you?

Your role as Seth, in the series “Channel Zero: The No-End House” has been described as, “A magnetic, soft-spoken, and charismatic guy.” Do you recognise yourself in your role?

Not really. I think we are pretty different people. Seth is an orphan and that formed a lot of who he is and how he looks at the world. It’s not necessarily a bad thing, it just means we come from different backgrounds. He’s an interesting guy, but it’s better to watch the show to find out than for me to talk about it.

We will see you in the fifth season of Agents of S.H.I.E.L.D. Can you anticipate us something about your role defined by rumors a “key” recurring role?”

All I can say is that season five is really going to be amazing. I got really lucky with the character I’m playing so I’ve been having lots of fun on the show. If you’re a fan of Star Wars, Star Trek, Planet of the Apes, Guardians of the Galaxy…give this season a shot.

Are you a follower of fashion trends?

I’m not really. I did see the new Yeezy season however. I love Kanye but the collection still kinda looks like rags. Although, I do love the shoes.

If you can choose, what role would you like to play?

I’d love to play Hamlet or Iago from Othello.

How do you imagine your career going in 10 years?

I hope to be involved in a combination of writing and directing in both theatre and film. And I feel like I am just starting to get a handle on acting, especially on film. So obviously, I’d hope that’s in there too.

GRAHAM PATRICK MARTIN IS BACK WITH MAJOR CRIMES 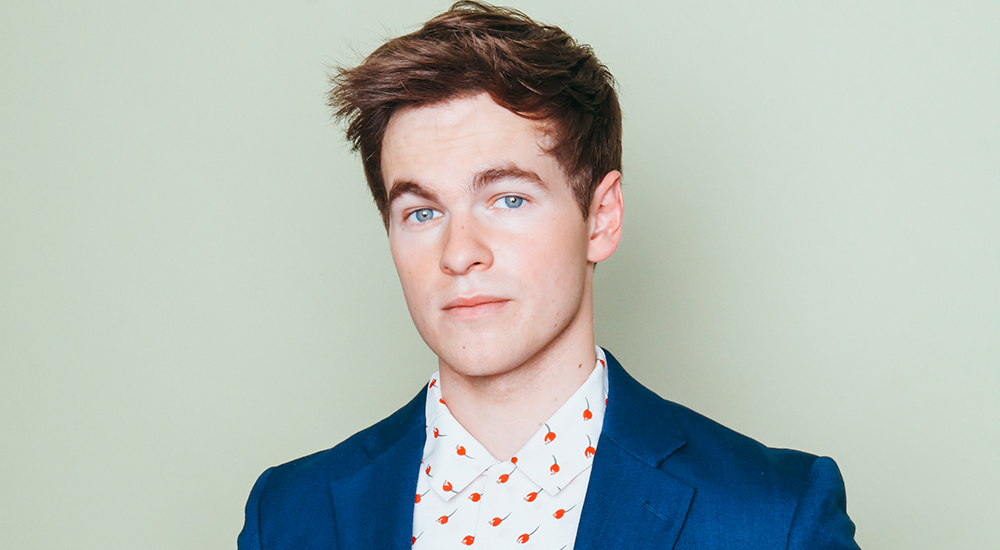