Actor, writer, poet: this is how Joshua Sasse introduces himself on Instagram. Since yesterday, Fox viewers can see him in “Monarch”, a musical drama about the  Roman family, at the head of a country music empire ruled by the matriarch Dottie (the wonderful Susan Sarandon), around who the other characters – including ‘his’ alter ego, Luke – spin around. These three nouns, indeed, describe well the many activities to which the 34-year-old green-eyed Londoner devotes himself. He’s always smiling and helpful, despite a great number of commitments as Stachanov.

His CV is quite different from the ‘classic’ one of the actor committed to the sacred fire for art: brought up in Nepal, he enlisted as an officer in the British army but, moved by the possibility of bringing different characters to life that is inherent to acting, he gave it all up to attend Hurtwood House and then the courses of the Cygnet Theatre in Exeter, touring with companies in the UK and Europe before moving to USA in search of a breakthrough. This gave him the leading role in the musical series “Galavant”, other roles in TV shows (“Rogue”, “No Tomorrow”) and films like “Frankenstein’s Army”.

In the meantime, Joshua satisfied his passion for literature by writing two novels, a travel/remedial book and some collections of poetry (he has a penchant for it, in fact he launched the podcast “The Poet’s Voice”) and carrying out several entrepreneurial projects, like working in a vintage car garage, running a café in Australia and launching Tusk & Mane Safaris. Last but not least, his commitment to environmentalism, which will soon take him to Antarctica to record the dramatic consequences of melting glaciers. Sasse is determined to support the causes close to his own heart because “I have children and I don’t want to leave the planet to them worse off than I found it”.

“Monarch” will debut in September, how do you feel on the eve of a long-awaited series with a stellar cast, including Oscar winner Susan Sarandon? Is there any specific anecdote or memory from the set that you would like to share with our readers?

It’s been over a year since we started filming so we’re all really excited to share this with everyone. Anecdotally, I’m not sure if i can come with anything pithy. This show was finally getting me to stick my teeth into good dramatic writing with really talented actors and directors. The work that Susan (ed: Sarandon) and I did together is just a life highlight for me and she’s now one of my dear friends.
There are just a lot of really special people in this cast and we bonded together in such a familial way. The casting team at Fox did a magnificent job I think – me and Anna (ed: Friel, the actress who plays Luke’s sister Nicolette “Nicky” Roman) would laugh because we look so similar – but the family dynamic is so honest and real, it was an amazing shoot.

What projects are you currently involved in?

Do children count as a project? With my other projects last year I was away filming for nearly 12 months by the time “Monarch” finished so I’m just relishing being with my wife and children. We live in Australia and it’s lovely to be able to just disappear for a while, necessary I think.

Actor, poet (during the pandemic you launched the podcast “The Poet’s Voice”, you are working on the book “The Poetry Orchard”), activist, entrepreneur (you co-founded Tusk & Mane Safaris, which organise safaris to discover – and protect – the wonderful nature of the African continent), tireless adventurer. Is there a common thread that holds all these activities and interests together?

There was a time when it wasn’t unusual for people have lots of strings to their bow – and I’ve always felt there’s no point in having heroes if you’re not going to actively pursue emulation. I grew up really high in a remote part of the Himalaya’s and my godfather is a polar explorer and my father was a poet so I think I’m just continuing to fly the flag.
I love the outdoors, the really remote outdoors; I find a lot of peace there, so I think that’s the draw for me. As concerns poetry, I’ve always felt it to be my form of expression.

“Poetry is a way to explain our vision of life, and that is what being a human is all about”

Tell us about your love for poetry: when was it born, how and why? What do you like most about this literary genre?

As I mentioned, my father was a poet. He died when I was very young so as I got older I think discovering poetry was a way to connect with who he was.
I went to drama school at age 15 and started working pretty young and I wasn’t really into music – all I ever listen to is Van Morisson – and so poetry filled that adolescent gap. There’s a line of Byron that goes “to mingle with the universe and feel, what I could ne’er express, yet cannot all conceal”; there is this mystic puzzle in life that we have to try to translate the emotions we feel when experiencing the world onto the page and with other people and what’s so special about poetry is its structure – you have to be concise, imagine an opera only lasting 30 seconds!

Paul Valéry once said that “structure stops the poem from saying everything” and in that, one has to rely on a profound honesty and clarity but also with a deep knowledge of language. It’s a way to explain our vision of life and, to me, that is what being a human is all about.

You follow and support many environmental causes (from the melting glaciers to the deforestation for which – also – some fashion brands are unfortunately responsible, from the fight against poaching to the preservation of the wildlife all over the world), is there one – or more than one – that is particularly dear to you, that you think we have to divulge and tackle immediately?

To combat global warming and bio-diversity are synonymous with our survival so… I have children and I don’t want to leave the planet to them worse off than I found it.
The poaching in Africa has been worse in the last 10 years than the previous 30 which is staggering; in the national park where our company operates, 12,000 elephants have been killed in the last 10 years, in a area seven times smaller than Rhode Island; it’s truly shocking. But again, in Antarctica, where my godfather has a base, the ice around the mainland is melting at the most terrifying rate. I think it’s just all about education: if the general public understand what’s going on, then it can translate to governmental change.

What do you think – and hope – is in Joshua Sasse’s future?

If Paolo Sorrentino or Guillermo Del Toro could call me over breakfast and offer me a role that’d be just well. 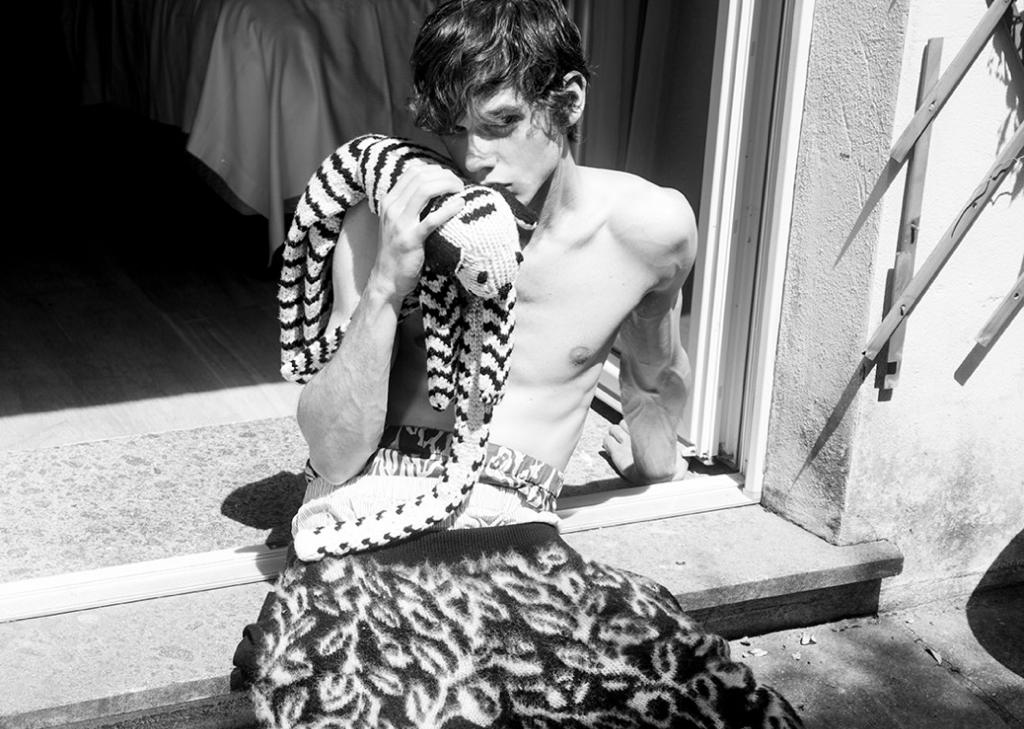