The oldest sartorial brand in via Montenapoleone, now led by the third generation, has positioned itself as one point of reference for Made in Italy craftsmanship.

A journey started in 1922…with Guglielmo Miani Senior, a tailor specialized in hand-sewn coveralls and raincoats – waterproof like the wings of a seagull; Larus in Latin. It seemed it was destiny that this adventure was going to take flight.

From the very first model, a precise target was being identified, defined by gentleman adopting a continuous evolution of style through an appreciation of contemporary influences.

Boutiques arrived significantly quickly, and from 1939 until the 1960s, four spaces were opened between Via Montenapoleone, Via Manzoni, Galleria and Corso Vittorio Emanuele II. They were strategic points from which the milestone of the Milanese Fashion District will have come to life.

Meanwhile, success was visible in the entertainment world: the founder had become friend and outfitter of celebrities such as Buster Keaton, Totò and Charlie Chaplin, while in 1970 he was awarded as the largest importer of the English textile industry.

Three years later his son Riccardo became CEO, starting a strong investment in the textile division with handmade collections entirely made in Italy; at the end of the 80’s the headquarter near the store was inaugurated, while the brand was beginning to position itself as one of the key suppliers of high-quality fabrics for fashion designers from all around the globe. Nowadays, 2 million meters per year are sold in natural fibers such as cashmere, vicuna, linen, cotton and silk, produced between Como, Varese and Biella.

Clothes and accessories are created in the Tailor shop in Tuscany by a special team of artisans.
In 2006 the focus was turned towards Guglielmo Miani, representative of the third generation of the family, who assumed the position of managing director, to then be elected president five years later.

Passion and determination alongside a textile and haute couture know-how ingrained in his family’s DNA have insured his reign as number one in the company sine 2010.

Furthermore, Miani is president of the Montenapoleone District (the fashion district of Milan), which brings together 150 international luxury brands, and he is also a member of the Confcommercio Council, a representative body of more than 700 thousand businesses engaged in trade and tourism in Italy.

With the generational leap, new business objectives that focus on the clothing offer have emerged. The sophisticated approach directed towards true luxury is symbolized by the seagull, embroidered inside jackets and coats as an emblem of accolade and excellence.

In 2015, heritage was strengthened by the historic Aldo Lorenzi cutlery being integrated into the spaces of the Larusmiani boutique on via Montenapoleone 7. Inaugurated in 1954 and later renovated by the London architect David Collins, it is the oldest pret-à-porter shop on Via Montenapoleone.

An area of 700 square meters spread over three floors immerses you in a universe of excellence, made up of works of art, vintage watches and old books where Larusmiani garments can be touched by hand. Expanding outside the boundaries of the company’s birthplace was an inevitable and natural step.

The summer boutique in Porto Cervo, Sardinia, opened four years ago, followed by a store in the Swiss Alps in Saint Moritz. The second step towards a more international presence saw partnerships in the luxury hotel sector for the opening of stores on the Caribbean island of Saint Barth and in Paris in 2019, the year in which the maison also landed a spot in the Métropole shopping center of Monte-Carlo. 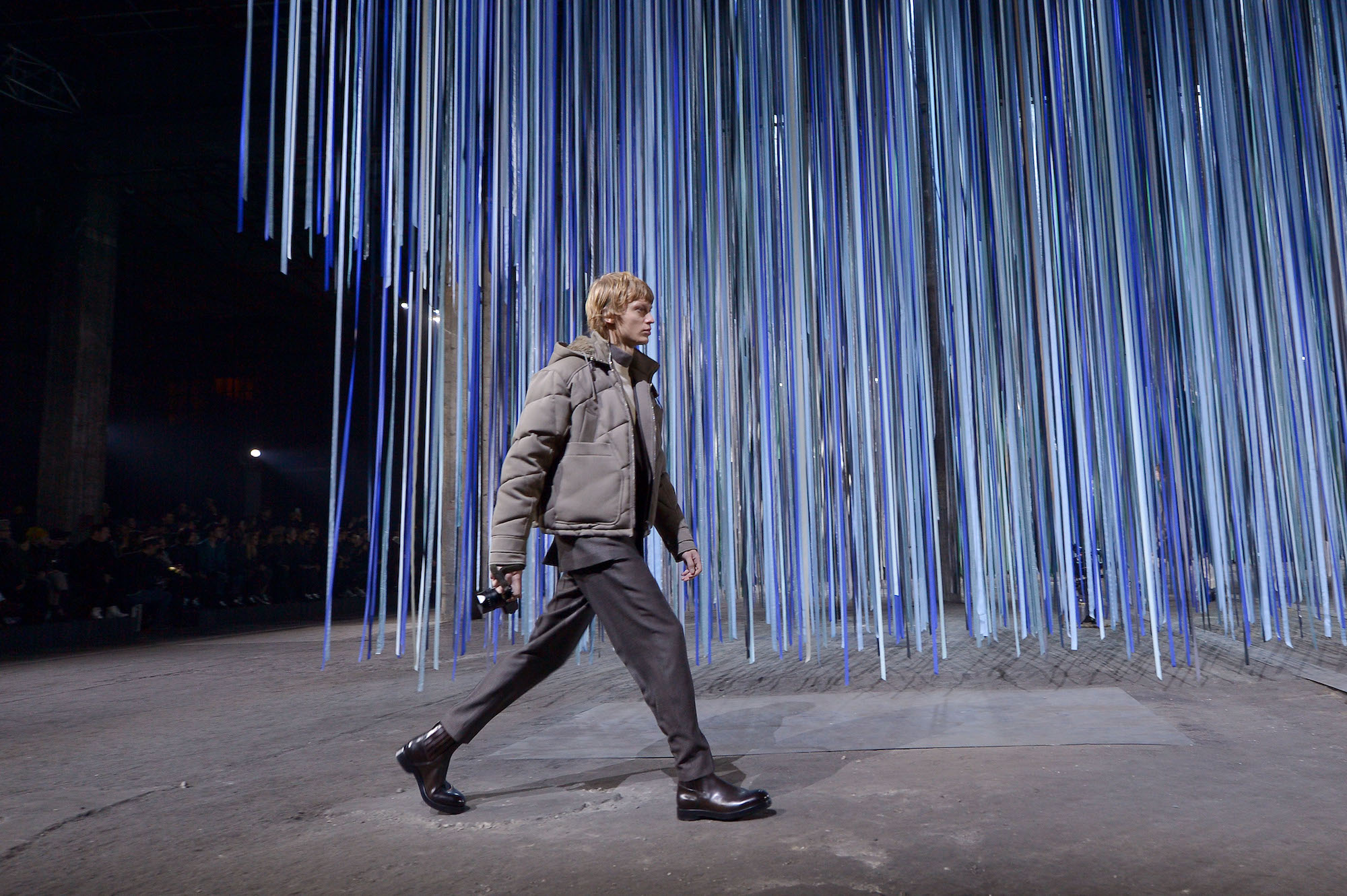