Lorenzo Richelmy stars in the cover story of the latest issue of Manintown Youth Babilonia.

Born in La Spezia and raised in Rome, Lorenzo Richelmy is an eclectic actor, proudly Italian, with an international career. From Marco Polo, a 2014 Netflix U.S. television series, to Hotel Portofino, a 2022 British period drama, and many things in between, Richelmy has consolidated his consciousness as a cosmopolitan actor: «I am happy to say that my generation of actors in Italy is at the level of American and international ones.»

Thirty-two years old in March under the sign of Aries, Lorenzo was raised on bread and theater – his parents are both theater actors. He is averse to social networks, but he hides  a nerdy past and a great passion for traveling, «backpacking, to a semi-unknown destination and on foot».

And with an acrobat’s leap, Lorenzo Richelmy goes from cinema to fashion, posing with ease in front of Davide Musto’s lens for MANINTOWN’s fashion issue, Youth Babilonia. It’s an “experiment”, as he defines it, where acting meets fashion, resulting in dynamic shots in which Richelmy plays the role of a contemporary superhero.

Ryan Cooper, enthusiasm and dedication at work and in life 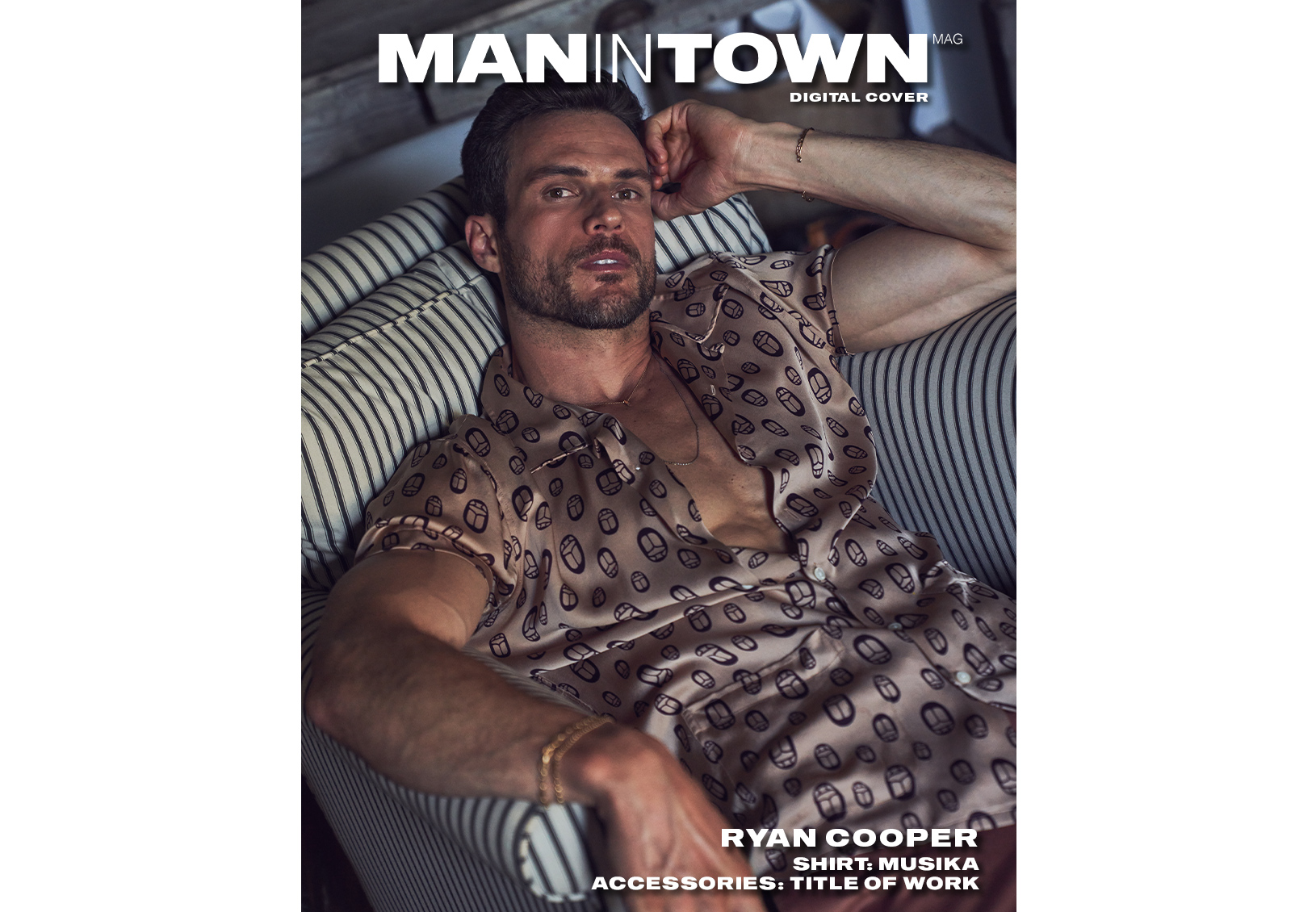