Woman Fashion Week 2021 starts with an unmissable tribute to Beppe Modenese, who left us on 21st November 2020, through the work of Beniamino Barrese, who relocates him immersed in a world very dear to him, with the same severity and concreteness with which his voice resounds: fashion.

A hectic Milan, accompanied by the usual traffic noise in the background, marks the working hours. Behind his words, the supreme value of fashion as the driving force of the economy and the birth of new professions, which have contributed to creating the Italian identity, is ineluctably rooted in his System.

In what direction is the fashion we’ll see in the shop windows next fall going? What are the designers inspired by for their idea of style evolution in a pandemic universe that is still difficult to get used to? Moved by new necessities, essential for the preservation of the planet and humanity divided by useless and destructive acts of intolerance, the new collections are also a statement of responsibility, addressed to the new generations who want to be part of a new world regulated by a circular system and free from prejudice.

The common thread of these designer’s fashion shows is a statement of freedom: the freedom to express yourself through what you wear and through your body, the freedom from any social conventions, the freedom to show your true self and who you want to be.

Giorgio Armani’s fashion show is an excursus among the iconic garments of menswear in the last decades, updated in a comfort key to be worn casually by a man who is aware of what he desires and of his body. The knit jackets and the deconstructed coats fall softly on the shoulders, highlighting the natural male shape. Mandarin collars, the signature style of King Giorgio’s elegance, characterize shirts and velvet jackets and fine textures.

New details are depicted by geometrical patchworks on wool or velvet jackets and t-shirts that highlight the silhouette. Free overlaps of elements characterized by floral prints and embroidery, inspired by far-off places, on classic trousers and velvet loafers, break the stylistic boundaries and offer the best to represent the choice of a garment: the freedom to express yourself.

Prada‘s fashion show is also a statement of freedom. With its authority, it addresses the concept of the simultaneous existence of masculinity and femininity in man and woman. This freedom from any conventions, wished by Miuccia Prada and Raf Simon, finds expression in the tight jacquard knit “long johns”. If on the one hand, they cover the skin completely, on the other they make it free in all its possible movements, as if it was naked and uncovered, so that the action, the activity, and the intentional act take over.

The classical shapes change in favor of comfort, with flexible fabrics and unconventional cuts. Evening dresses become comfy suits, and tailored coats are covered with bright colors or sequins, turning their original purpose into the exact opposite. Materials intended for a garment or a preconceived use change destination in the name of freedom from any canons.

Even the scenography, the same one used for the men’s fashion show, created by Rem Koolhaas and AMO, destabilizes with its “faux fur” and marble accents to represent this exaggerated contrast best way to express one’s idea of freedom.

It is important to remember that these materials will be donated to Meta, a circular economy project based in Milan, which provides sustainable solutions for the disposal of waste produced by temporary events.

Fluid materials for the elegant sensuality of N°21, where the lace is the protagonist in its fluid version and is part of weight contrasts, ranging from wool maxi coats to versatile oversize mohair shirts, worn rebelliously by man and woman for the need of communicating through the body, as a result of the forced digitalization caused by the pandemic.

Precious details, such as Swarovski crystals, follow a pave pattern on impalpable silk tops and accessories or, in a genderless key, they are lined up on check jackets to showcase necks and both the male and female body. Like the egg-shaped speckled wool coats similar for man and woman. Alessandro Dell’Acqua‘s inspiration comes from a polaroid of Carlo Mollino: “It made me think of an aesthetic shape that the great Italian architect also transferred into the positions and attitudes of the women he photographed in environments that he built through his eclectic vision. I wanted to transfer the same eccentric erotism into my collection, typically Italian, that can put together modesty and desire to show off. This gave rise to a very “clean” declination of the middle-class eccentric side, made of lace bras, accidental transparencies, and a desire for carnality and nudity. But their casual exposure makes them naive.

It is a collection that is not built upon “double entendre” to interpret, but upon direct words that allow men and women to represent themselves as they want to be.”

The new challenge of Alessandro dell’Acqua for Elena Mirò connects brands with principles of femininity and seduction, so dear to the designer who uses the sensoriality of the silk, of the seductive macramè and the wrapping knitwear that together with large outwear follow the body movements naturally. These are materials that can interpret a woman connected with nature and the dynamism of metropolitan life. “I thought about designing desirable clothes without being too influenced by the rules related to sizes,” explains Alessandro dell’Acqua ” Basically, I focused on transforming the fabrics technologically to increase their comfort, even when they are heavy like the tweed, and I have removed any easy solutions that could give the impression of wrapping women in the shape of a sack. I accepted this challenge because I am sure it is possible to work on this topic without falling into the curvy fashion clichè.”

Ermanno Scervino‘s fashion show at Palazzo Serbelloni includes his strengths contributing to the designer’s success. Creator of femininity, he relaunches waist and silhouette on the runway through couture leather and sensuality of the lace to develop an evolved collection with landmarks that are an integral part of Ermanno Scervino’s cultural heritage. Like the leather’s couture working process reaching its highest level on lace and inlays, the wise use of macramè for very feminine dresses. Femininity maintained in research materials such as the innovative use of neoprene declined in a great classic such as the pleated skirt.

10 Stylish Staples That Are Eminently Covetable (And Seasonally Reasonable) 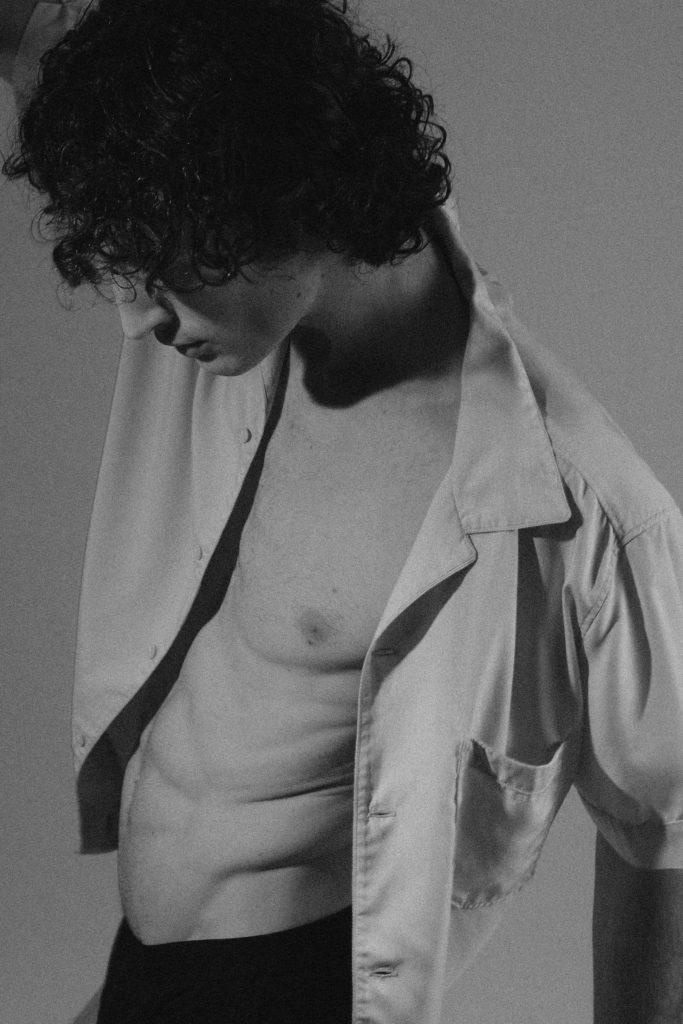