Filippo Nigro is the model anti-divo: amiable and extroverted. Good-natured and not the least bit self-centred, he struggles to explain his own success because he has never felt particularly gifted: and yet, in his role as an actor he has received various recognitions. Among which, for example, the Italian Golden Globes for “La Finestra di Fronte” by Ferzan Ozpetek, the director with whom he worked for both for “Le Fate Ignoranti” and that for which he won best actor at the Taormina Film Festival for “Dalla Vita in Poi.” All that without counting his nomination for a David di Donatello award as best supporting actor for his role in “Diverso da Chi?” in which he acted alongside Luca Argentero. Filippo Nigro, a Sagittarian, enjoys the challenges of an intense life made up of stimulating experiences and a grueling life on the sets of a movies, television or in theatrical work. In that way, Filippo doesn’t like to “sit still.” While he takes horseback riding lessons in preparation for a role in the film “The Book of Vision” with Charles Dance (himself also catching public attention, for among other roles, his part in “Il Trono di Spade”), he has just finished filming “Suburra” the first TV series created in Italy for Netflix, directed by Michele Placido, in which he plays a politician. Wearing a white tee shirt and a pair of green chinos, never without his vintage style tortoise frame sunglasses, the one touch of cool in his basic, casual look, Filippo Nigro speaks to MANINTOWN in an exclusive interview.

More movies or more theater in Filippo Nigro’s career?
Whenever I can, I feed my passion for the theatre, which I love. My last piece, “Candide,” dates back to over a year ago. In any case, I think that today television series offer interesting opportunities for career actors.

You said that in your opinion acting is like training for life. Can you explain this statement?
Acting helped me to define various aspects of my character. Today I feel calmer and more aware, I have more fun, I’m less impulsive, and I don’t take things as seriously.

What was your most challenging role?
There hasn’t been any one in particular. I guess I would say that of a professor who was victim of his student’s trap in the movie “Un Gioco da Ragazze.” In general, I love playing characters who are contradictory, somewhat insecure, who change their mind easily.

What part does your physicality have in your roles?
Not much. It comes about because I practice a lot of sports, but I would also have liked to play action movie roles pumped with testosterone; in general I love that genre.

Must-have garments in your wardrobe?
A leather jacket, I have two of them: a black one and one in brown leather, more lived in, both with a ‘biker’ look.

What piques your curiosity?
If I like a person, I love to deeply understand him or her intimate side. I’m curious about the behavioral evolution of my three children, Alessandro, Olivia and Claudio, and I am curious about getting to know new people, although I am a very distracted person by nature, except when on the set, where I am very focused. Being distracted at university nearly cost me an exam (smiles).

What are your “male” passions?
I love sports and I practice many. I should start by saying I love to be outside in the open air and I hate gyms; I like football, swimming, tennis and running. When I can, I like playing chess because it relaxes me.

Your ideal place for body and mind?
For my spirit, I love being in the game, travelling for work and engaging in new projects. As far as a physical place, I think about my family, my wife Gina whom I love, because being with them is the place where I always feel safe and secure, like being in a nest of well-being. 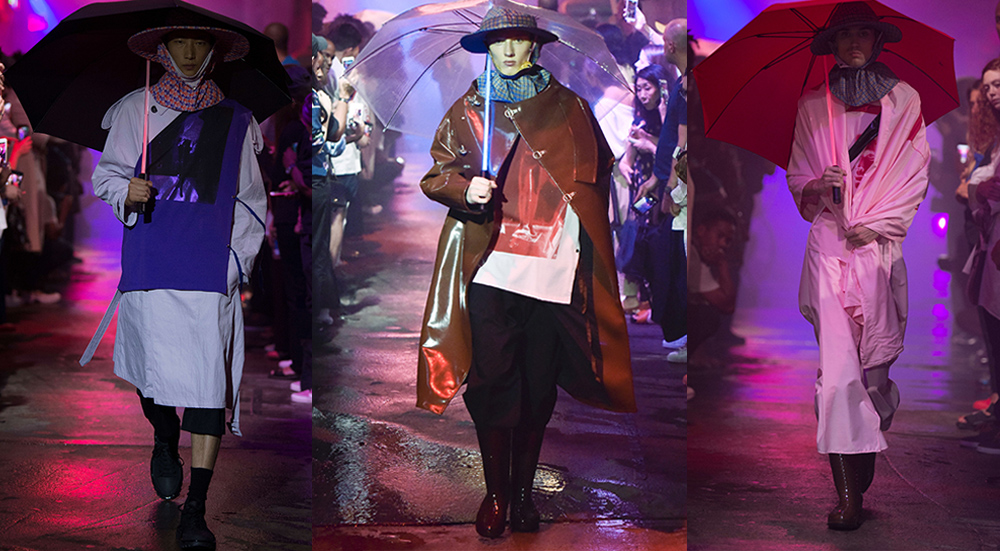