Pitti Immagine Uomo reaches its 103rd edition and chooses two designers with independent and tendentially opposite personalities to give life to two catwalks that act as a trait d’union between the fair’s brand mix, linked to the tradition of craftsmanship, and that work of research and aesthetic and conceptual experimentation that aims at the evolution of contemporary menswear. Two fashion archetypes that use different paths and languages, with the same ambition, that of reincarnating themselves in a new evolved concept of style, which reaches possible forms and solutions among the pavilions of the historic Fortezza da Basso.

Martine Rose, the Anglo-Jamaican designer – who has gained the approval of the public and industry stakeholders thanks to her underground style inspired by her own cultural heritage – will present a preview of her label’s Fall-Winter 2023/2024 collection with a special event in Florence, in the Loggia del Porcellino.

We can say that her lucky star was Demna Gvasalia, when, newly at the creative direction of Balenciaga, he chose her in 2015 to work with him on the brand’s first menswear collection, which was SS 2017. Her, who exhibited the logos in the foreground as an exaggerated symbol of a consumerist society devoid of originality. Her, who, on the other hand, gives voice to the personality of the people who populate the streets and defines the direction of her unique and recognizable style, first distorting and then reconstructing through shapes, volumes and mixes of materials rooted in diametrically opposed cultural strata, paving the way for an unprecedented and revolutionary aesthetic.

This is her essence and at the same time her strength, which has allowed her to build the success of her brand and gain the trust of brands and designers who have relied on her for her always authentic, coherent and original vision. From Nike to Napapijri – a collaboration that began the same year as her brand’s famous fashion show in the Tottenham market – to the recent one with Tommy Hilfiger, just to name a few. The subcultural context underlies the communicative urgency of the designer who, through her collections, induces the public to reflect on contents of a social and cultural nature, offering her interpretation of fashion that increasingly represents an important contribution to the evolution of costume and takes on, every season, the features of an anthropological essay.

Another special guest at Pitti Immagine Uomo – he will be walking the catwalk in the Santa Maria Novella complex – is the Antwerp-born designer, a 2003 graduate of the Belgian city’s Royal Academy of Fine Arts, an advocate of a no-gender, hyper-comfortable style that brings his idea of fashion to a state of extreme freedom, both intellectual and purely aesthetic. From the search for materials to the use of artisanal techniques stolen from the ancient tradition, his vision, like a mission, leads him to cultivate an attention to his garments that lies at a meeting point between value and purity.
His COLLECTION#1 of 2010, “Yukkuri” (in Japanese “take it easy” or “step by step”), is the prelude to a poetics, his own, that still leaves shapes free to be interpreted, entrusting the individual’s body and personality with the luxury and freedom to shape the garment, charging it with an even deeper meaning, never predefined.

“Jan-Jan Van Essche is a secluded and yet emblematic figure of contemporary men’s fashion, so much so that he would probably be the first to consider any statement on gender distinction superfluous, either to reiterate it or to decree its overcoming”, says Lapo Cianchi, Pitti Immagine‘s Director of Communications & Special Events. “The interest is rather in generating a different version of the same model of elegance and naturalness each time, and in transmitting an idea of freedom”. 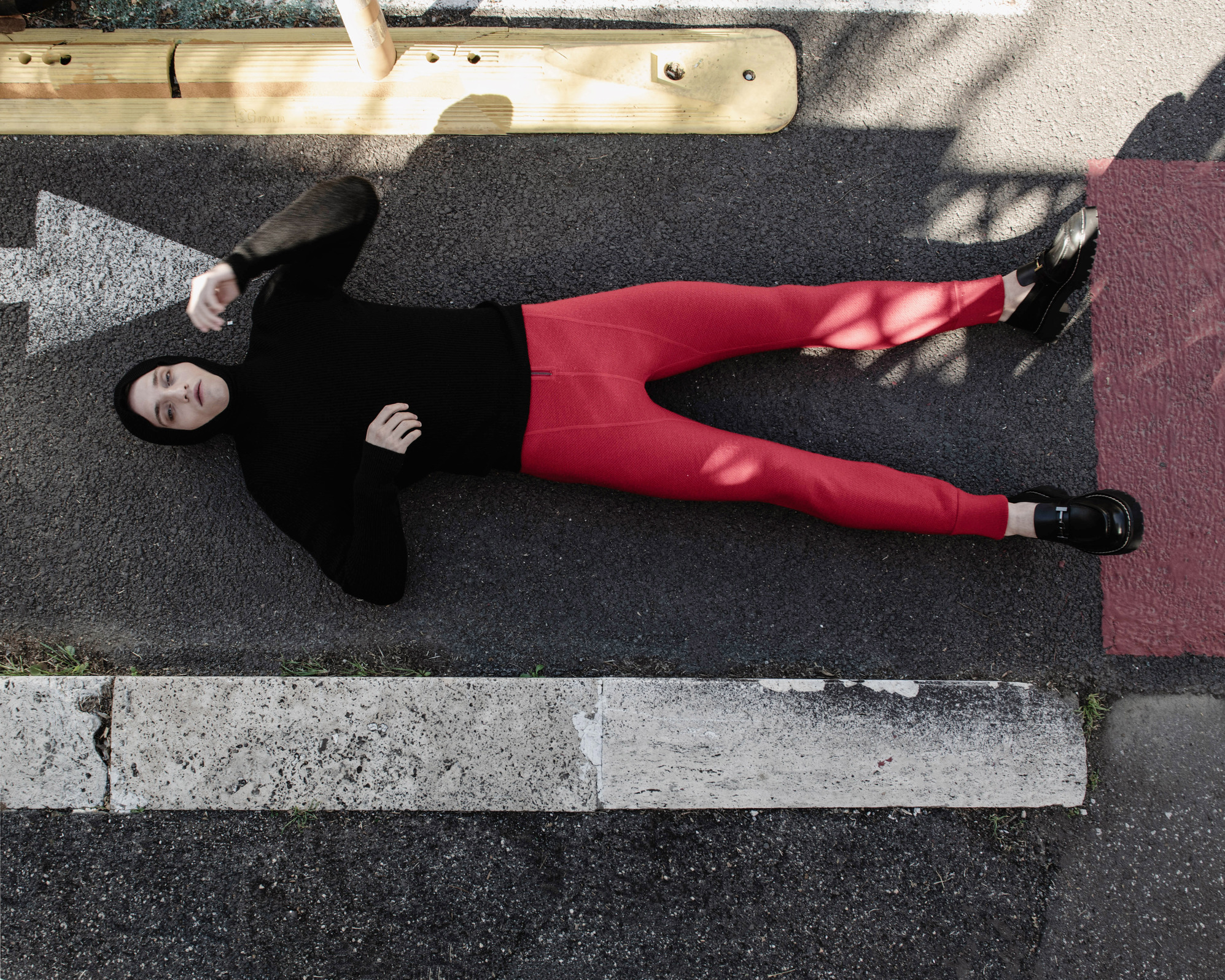