British charm and savoir-faire, highly talented not only in front of the camera but also on the cricket pitch, where he has been spending most of his free time for over 10 years. He has played so many different roles that we do not know exactly which character suits him most. And probably, he has not decided yet, too. When talking about his talent, he prefers not to focus too much on himself. Is this elegant modesty that makes him so special?

Our country has already appreciated his role of Alfred Lyttelton in the Netflix series “The English game”, set in the time when football was at its beginnings. Between power games and low blows, the first professional football players start succeeding, but not without controversy, arose more by class interests than moral issues. We suggest not missing out on the chance to see him in the shoes of a wealthy businessman who places his self-interests above an apparent strong friendship and a morality that is useful for the conservation of power and social status. However, the real news is his role of Sherlock Holmes in the new Netflix series “The Irregulars”, where you will discover an irreverent and brilliant version, described by Tom Bidwell, very different from what you have watched so far about the most famous detective in the world.

A dystopic version of London, where certainties and values are replaced by horrible crimes and supernatural events, hits a nerve of a society like ours, completely distorted by the pandemic, which has affected every field and has forced us to live a new reality.

Troubled teenagers are protagonists and victims at the same time, they are manipulated to solve the crimes for Dr. Watson and his mysterious business partner. You have to wait for some episodes to find out what has happened to Sherlock Holmes in the last few years. And this is where the greatness of this character is hidden. He reveals what we have never known about him: his before and after.

We discover the young, brilliant and ambitious Sherlock, led by the energic impulse of youth and high self-esteem that will be his fortune but also his greatest weakness. What about his maturity? What about the man, emptied by his ego and consumed by guilt, who saw his strengths falling apart? You will find out. And you will also discover all the aspects of a new Sherlock that Henry Lloyd-Hughes will convey through his extraordinary performance.

An unexpected psychological perspective is revealed in small doses. Traces of personal elements linked to his character make an act immortal or a romantic gesture extreme through suspense.

We asked him how difficult it is to show two different sides of such a complex personality: the methodical, witty, and self-confident side and the other one, destroyed by pain and deprived of any motivations. His answer left out his performance, he praised, instead, the great merits of the costume designer and the makeup artist. He is a real gentleman. “We really wanted to push both versions as far as possible and tell the story of someone absent for 15 years. Through the body and the look, with the Oscar-winner Lucy Sibbick and Edward K. Gibbon’s costumes, it has been an emotional experiment to see how far we could push ourselves, making sure that the character would seem the original one”.

I think his charm lies in the depth with which he can connect with his characters. He confirmed that the aspect of Sherlock that most attracted him was “His vulnerability and his perforated and broken ego.”

The exchange between Henry and his characters is intimate and deep. His great introspective ability can give us a unique version of the detective; from what he tells us, every character goes into his universe in a special way. “It always depends on where the character meets you in your life. You meet a certain character at a certain age and you bring everything you have experienced with that role in your life. At the moment, I’m thinking with affection about my time spent with the character of Sherlock, and something very personal arises. But I’m sure that when I play another character, I will love him in the same way or even more.”

Do you want to tell us about some funny moments during the shooting?

“Yes! We burnt some of the original costumes to create the oldest Sherlock’s clothes. During the shooting, the burnt wool stunk so much that all the other actors started complaining. Moreover, every time I put my hands in the pocket, clouds of soot rose, and I left prints of dirty hands everywhere!”

In the “English Game,” you play the role of one of the best football players of that time. But we know that you have a great passion for cricket and a brand with a two-generation story inspired by this sport: N.E. Blake & Co.

“Sure. It is a great honor for me to continue the family tradition. “Paddy” Padwick was my great-grandfather and an extremely gifted athlete. He turned his passion into a business with “N.E. Blake & Co.” I relaunched it, trying to bring back a classic sporty look focused mainly on cricket. Sometimes it is hard to run a business as well as acting, but honestly, I’m so keen on the classic sporty style that I can’t help it.”

How important were sports in your life?

“Very much. I have been playing in a cricket club for 10 years, the Bloody Lads Cricket Club. Because of Corona Virus, unfortunately, the season was shortened last year. We look forward to getting black to play regularly.”

Considering that we don’t want to miss them, what are your future plans on the big screen?

“We are all waiting to know the future of The Irregulars, so this might be my next adventure!”

Have you ever wanted to play a particular role? Someone who reflects your personality or someone so different from you that you feel attracted by him?

“I would like to do a musical or something very eccentric like the movies of Wes Anderson. I have loved Grand Budapest Hotel so much that I feel perfectly fit in his surreal world, followed by James Bond, of course.

Chef in Town: Simone Rugiati and his factory 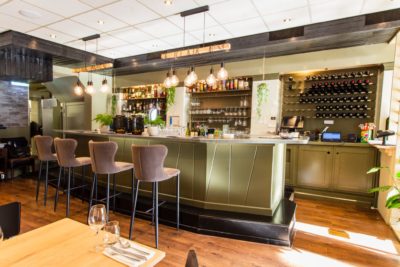