If you were to start a band, what name would you give it? Certainly, not Pregoblin, unless you wanted it to be a Black Metal band. Nonetheless this weird choice, turned out to be winning: when, years ago, I read this name among some emerging British bands, this was the only one that stuck  in my mind. The Pregoblin mystery became greater due to their minimal Facebook page, where you could see a little girl’s faded and ruined picture, which seemed coming from a countryside tombstone at the mercy of the elements. No further information other than a puzzling collage of pictures apparently devoid of a logical meaning. Then, suddenly, in 2019, their debut with the most beautiful and catchy single of the year applauded by the specialised critics: “Combustion”.

I found out that there were two members in the band: charming Alex Sebley,  a true Baudelairian dandy of the Suburbia, completely immersed in opium smoke and his creativity and Jessica Winter, wonderful in her vintage glasses and her look (luckily) so distant from the trivial and mundane beauty standards of the underground music scene. Previously they have both worked with famous artists such as Fat White Family, Gorillaz and The Horrors. After their debut with “Combustion”,  Pregoblin have released a handful of pieces. Four, to be more specific, four gems, all very different, but at the same time impeccable due to  their clear-crystal  pop auteur lyrics. The latest is the magnificent and dreamy “Snakes and oranges” a small masterpiece that enters your mind and stays there.

Alogside Pregoblin,  Jessica Winter has her solo career. Her angel voice immediately stands out out in her 2019 debut piece “Sleep Forever”.

This piece is followed by more singles all contained in a five piece EP “Sad Music”. The sound is still pop, but, compared to Pregoblin, the arrangements are more sophisticated and the atmospheres more theatrical.

Jessica’s latest single “Psycho”, a song with an epic and mysterious rhythm, comes with a particularly eccentric and disquieting video.

Jessica and Pregoblin are an adorable anomaly, made with ingredients that are often deliberately (and not only apparently) chaotic and unlikely, but always traversed by a true poetic vein filled with marvellous melancholy, which proudly stands out against the glamorous and artificial current musical landscape. This is why I recommend that you check out their music and fall in love it: you won’t regret it.

Here is my interview with Jessica Winter where she reveals how Pregoblin got together and why they chose such a weird name, she also tells us about her health problems, which have never stopped her and other odd things..

Hi Jessica, thank you for this interview for the readers of MANINTOWN! Can you tell us how you met Alex Sebley and how you got the idea of forming Pregoblin and why did you choose that name for the band?

Me and Alex met on facebook – he was promoting a Harry Merry show and I’m a big fan of Harry.  Alex being Alex had set up the show but no ticket link.  I messaged him about buying a ticket and from there we got chatting. It’s weird though because we later found out we were both from Hayling Island; an island next to Portsmouth. We chose the name PREGOBLIN because we were booked to play a show but had no name so it started as a bit of a joke but then it stuck. The drug pregablin helps people get off heroin but also treats people with chronic pain.  So we have that drug in common.

You call your music “weird pop”. In fact it defies any classification. It’s catchy, but at the same time,  it doesn’t want to be main stream. Would you like to say something about this?

I have always admired you for the natural way you’ve never made a mystery of your physical condition due to hip dysplasia. Can you tell how you relate to this condition and if it has influenced your artistic career.

I’ve had many a lock down through my life in hospital. Have spent 6 weeks at a time lying on my back not being able to move from the waist down which has probably influenced my work ethic; I’m very grateful to be able to do music as a career and I work very hard whilst I’m healthy enough too. I don’t let things stress me out too much and I’m grateful for pedestrian activities such as being able to walk, being outside and just generally being alive.  Life is such a privilege and I always have a feeling that it can quickly be taken away at any time.

I have seen you many times live and each time I have thought you were fantastic. I have always been very intrigued by how you appear on stage: how you move defies all the stereotypes about a frontwoman. What do you think about this statement and do you like to perform?

Thank you ! I haven’t given it too much thought to be honest.  I perform how feels comfortable to me.   I love to dance, I always have… when I’m on stage I lose the pain… it must be the adrenaline… I pay for it the next day but in those moments it’s worth it. I love to entertain and bring a bit of joy to anyone watching.  I think with anything it’s important to not take yourself too seriously!!

Recently your beautiful single “Psycho” was released with a very intriguing and quite unsettling video. Can you tell us how it was made?

This song came about in a very sterile setting.  I was being courted by Warp Publishing and they had offered to put me in a one week ‘writing camp.’ Each day would be with a new stranger; some were producers, some were artists, some were writers and by the end of each day you would deliver a new song.  I thought the whole thing sounded so revolting that I just HAD to do it.  By the third or fourth day I was coming to terms with the anxiety of meeting new people and I was put with Bobby aka S Type and an artist called LYAM.  These two people happened to be amazing; we spent the day writing a song which I remember was quite good but then LYAM had to leave early.  Bobby and I had two hours left so we just started jamming… 2 hours later PSYCHO was born. It all happened so quick that I never even registered that it could be a good song.  It was only until a year later that we both revisited and were like ’this is good’ so I did a proper vocal take and drafted in Gam from SWEAT to lay some strings down and it was done.  There’s something to be said that when you create something so flippantly, without thinking about it too much, or caring too much you probably have less chance of ruining it.

When is your solo album due?

How do you relate to the legendary South London Scene? Are there artists or groups you feel more attuned to?

The ’South London Scene’ – there are so many scenes within South London but I think the one you are referring to is the one surrounding The Windmill?  I feel Tim Perry is responsible for bringing this community together.  He is always booking diverse acts and genres.  He’s supported me in both solo and PREGOBLIN and is always coming up with new ways of bringing people together.  I bumped into him on the street about a month ago and even though live music has been axed this year, he was talking to me about doing some kind of space opera and bringing in different musicians from different bands to make this night happen.  Love him!

What is your musical background and what do you listen mostly to in this moment?

I was about 2 years old with a back brace holding my legs in the splits… the keys would keep me entertained for hours!  My Nan paid for piano lessons from when I was about 4 and from that point on I was learning classical.

About Pregoblin, after your debut with the pop masterpiece “Combustion”, you released a series of very different singles: “Anna”, “Love Letters”,  “Gangsters”, and my favourite, the wonderful “Snakes & Oranges”. When is the release of your first much awaited album due and what should we expect?

We are hoping to start the album early next year.  We already have been writing lots of new demos…… <3

Is becoming a rockstar something you look forward to or you don’t particularly care?

Translated and adapted by Valentina Ajello

The undeniable force of Griffin Matthews 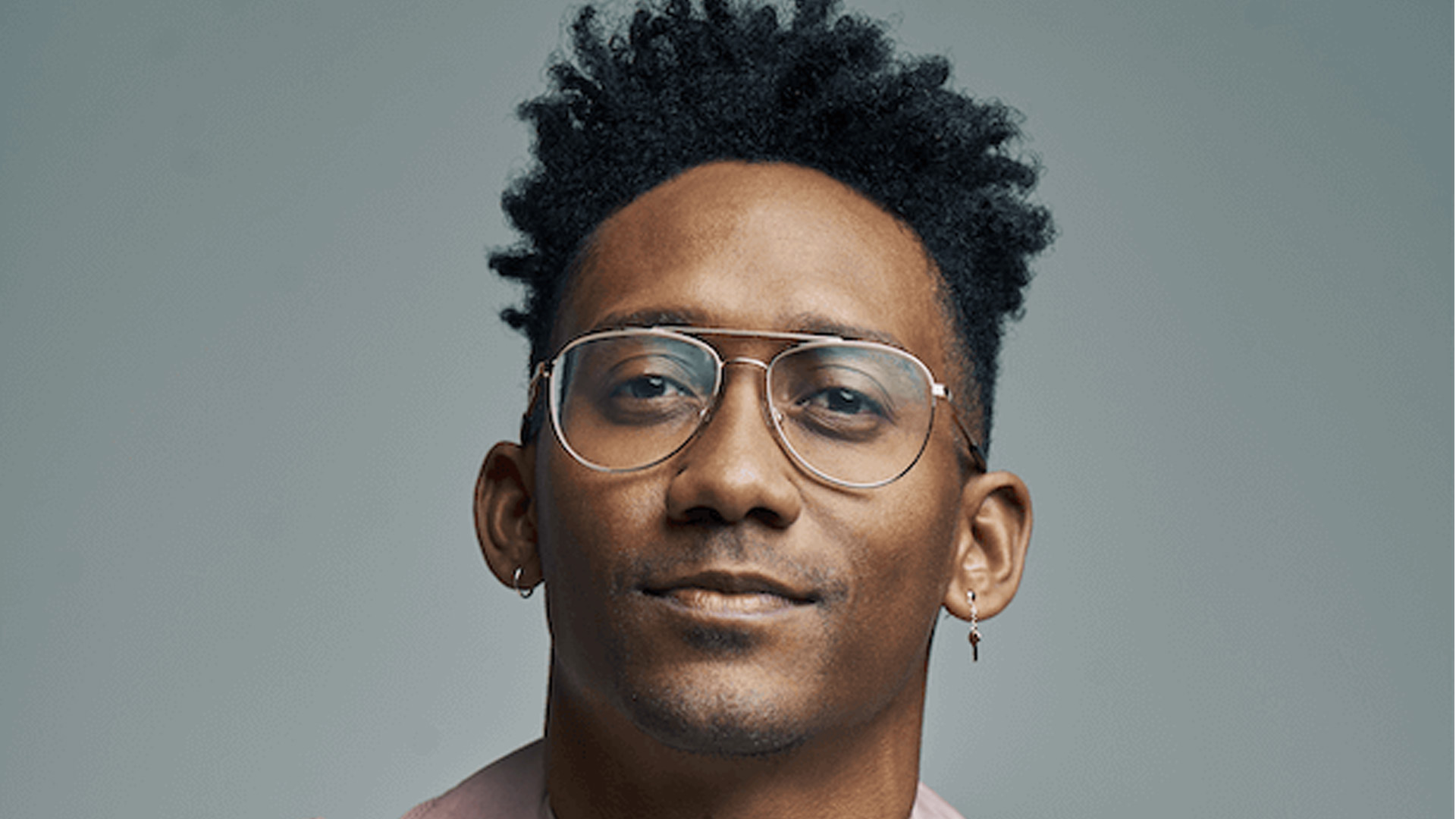