At home in Milan, but famous beyond the borders. We have chosen to turn them into models for one day. We are talking about two of the most popular and beloved DJs of the moment: Marvely Goma The Perseverance and Thomas Costantin.

MARVELY GOMA in art “THE PERSEVERANCE”

Marvely is a dancer and actor, DJ and producer, visionary mind of the creative duo THE PERSEVERANCE, boss of the AKEEM project – one of the best Saturday night party in Milan-. His music is a mix of urban sounds with UK electronic contaminations: Marvely is one of the most active DJs and guests of Milan fashion week, collaborating with many brands, including PHILIPP PLEIN, ICEBERG, TRUSSARDI, VERSACE. In constant evolution and research, he is currently working on a new musical project.

The classics of your playlist?

Brands of the caliber of Gucci, Moschino, Valentino and Dior have already intercepted him: he is one of the most popular names among Milanese DJs. He began playing when he was only 17 and today he became resident at Plastic, the most famous Milanese club, wherewith his sophisticated and electronic vintage-toned sound animates every Saturday evening. He decided to become a DJ to listen to his favorite and often composed music. Under his pseudonym THO.MAS has launched a remix of Giant Steps by the Mangaboo duo (Francesco Pistoi Giulietta Passera), in 2018 his first EP: Fire with the collaboration of artists such as Jerry Bouthier and B-Croma. In March 2019 his first album “Variations” will be released, with 14 new songs, where there will be collaborations with artists such as Leo Hellden (Tristesse contemporaine/camp claude) and Air! Capitaine. Two videos and some live data are planned, the first as a presentation of the album.

The classics of your playlist?

B-52’s – Song for a Future Generation

The Knife – Pass This on

On the cover: Sahariana jacket and sneakers Adidas Y-3, denim jacket and jeans by Trussardi

A day with Your Gentleman 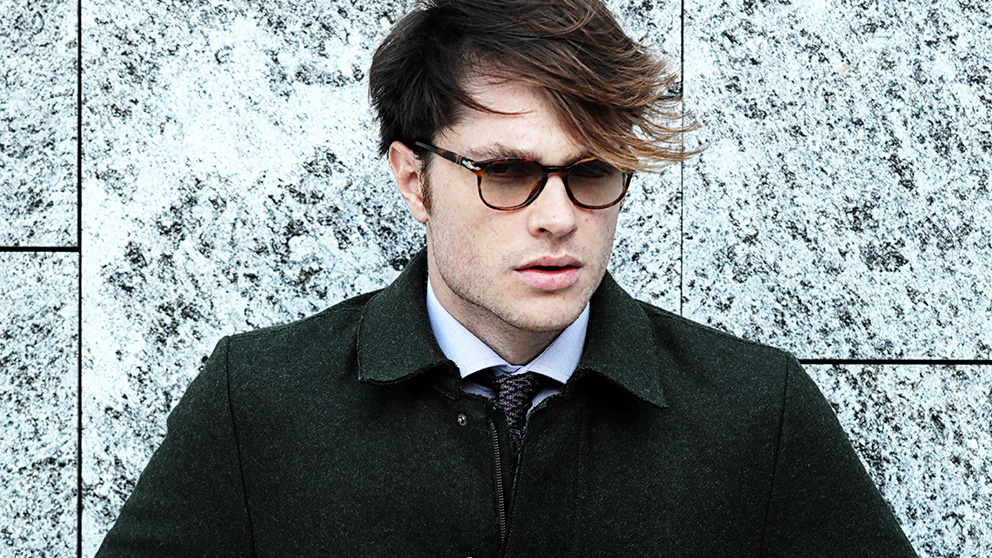