What the following fashion shows have in common is an abstract journey through space and time, between past and future, and between reality and utopia. With futuristic garments and classical-style scenography, you are transported into a parallel universe.

Missoni depicts the new generations, ambitious and a bit rebel, as seen in their free time, involved in their passions, full of dreams and plans for the future. They move with ease and elegance among suits and multicolor knit and lamè coats that accompany their movements, reflecting the cornerstones of the Maison in a fresher and more optimistic version. Like the wool or cashmere kaftan, a symbol of the versatility of the collection that adjusts to different looks. Chromatic variations, in the brand’s DNA, embrace shades of terracotta, cognac, pink, but also turquoise and orange, up to the elegant white and grey combination. They travel through time under the notes of Mad World, a cover by the Tears For Fears, representative of a succession of generations with the version by Gary Jules first and those by other artists, who have interpreted it, giving it new and endless lives.

The world is a digital, utopian, and switchable reality where space takes shape according to its relation. In this atmosphere of intellectual freedom, Iceberg celebrates its heritage by wrapping garments. The main color, white, realized on large volumes, takes us back to an appealing aesthetic, like a lunar landscape.

Then we are transported into an ideal environment, delimited by arches, stairs, and structural elements, leading us into the domestic walls that in this new daily life resemble the workplace, but more silent and less hectic. Grey and black scales, evoking a metropolitan style, appear on tricot dresses; more marked silhouettes and more feminine lines integrated into a new guise, more agile and functional. This is ICEBERG Knitwear Utopia.

“I thought about a complete wardrobe with garments that adapt to every moment of the day, from morning to night—clothes designed for a contemporary detail-oriented woman, immersed in a different and less chaotic reality. The usual pop colors of ICEBERG are softened in favor of an essential palette to escape from reality and dive into a parallel universe, knitted on the skin,”- explains the creative director James Long.

The new Salvatore Ferragamo‘s fashion is projected into the future, led by its Creative Director Paul Andrew’s inspiration. References are taken from ’90s science fiction movies, among jumpsuit and padded trousers, metal mesh, and cuts of space uniform. The goal is to relaunch, with an energetic and positive spirit, the future of a world that belongs to everyone by natural law, without distinction of color or social class. Renewed footwear, the starting point of Maison’s story, embraces a new look with the space biker boot for a whole new mission and aesthetic vision. “As Salvatore Ferragamo said about his shoes, this collection is dedicated to all those who have to walk, united in their determination to reimagine and rebuild a new responsible future, positive and joyful,” says Andrew.

Fendi‘s fashion show with Kim Jones‘ first Prêt-à-porter collection, Artistic Director of Fendi’s Couture and Ready-to-Wear woman Collections, talks about a change, as well. It is about a future that would not exist without the foundation of its past. Fendi’s man and woman cross the catwalk scattered with classical columns that resisted time, like remains of an ancient, unearthed city. References that emphasize and value Karl Lagerfeld’s inheritance, in his monogram, Karligraphy. The architectonic heel of FENDI First shoes, born from an archive drawing, and the patterns of his Couture Collection are echoed in marbled silk clothes, flowered rosette, or delicate organza embroidery on jacquard shirts.

Even the bags steal the scene, thanks to the new creation of Silvia Venturini for Fendi: FENDI. First, a clutch declined in thousands of varieties, sizes, and materials: leather, shearling, and exotic leathers—new silhouettes for the FENDI Way tote and the FENDI Touch shoulder bag.

Great attention to the craftsmen of Made in Italy, emphasized in FENDI hand-in-hand project, which involves artisans from the 20 Italian regions to reimagine the Baguette icon.

The collection MANIFESTO dedicated to the FW21-22 of MSGM is a rewind of the tape. A Rewind to understand and regain possession of ourselves and our roots because we cannot plan a successful future without being fully aware of our past. The forced lockdown led us to long pauses to reflect, among flash-back and a deep analysis of ourselves.

The Manifesto par excellence marks the beginning of something new that affects the whole cultural universe of a historical period. In the seat of Teatro Manzoni in Milan, the film-event was shot by Francesco Coppola, one of the young up-and-coming filmmakers in Italy, under the notes of a song written and interpreted by Gea Politi, editor of Flash Art, in collaboration with Club Domani.

Shiny fabrics, latex, recycled vinyl, and ecological furs tell us about the nightlife in Milan because Manifesto is addressed to a multi-cultural pole open to the future and a tireless and optimistic Milan, the driving force of the economy. 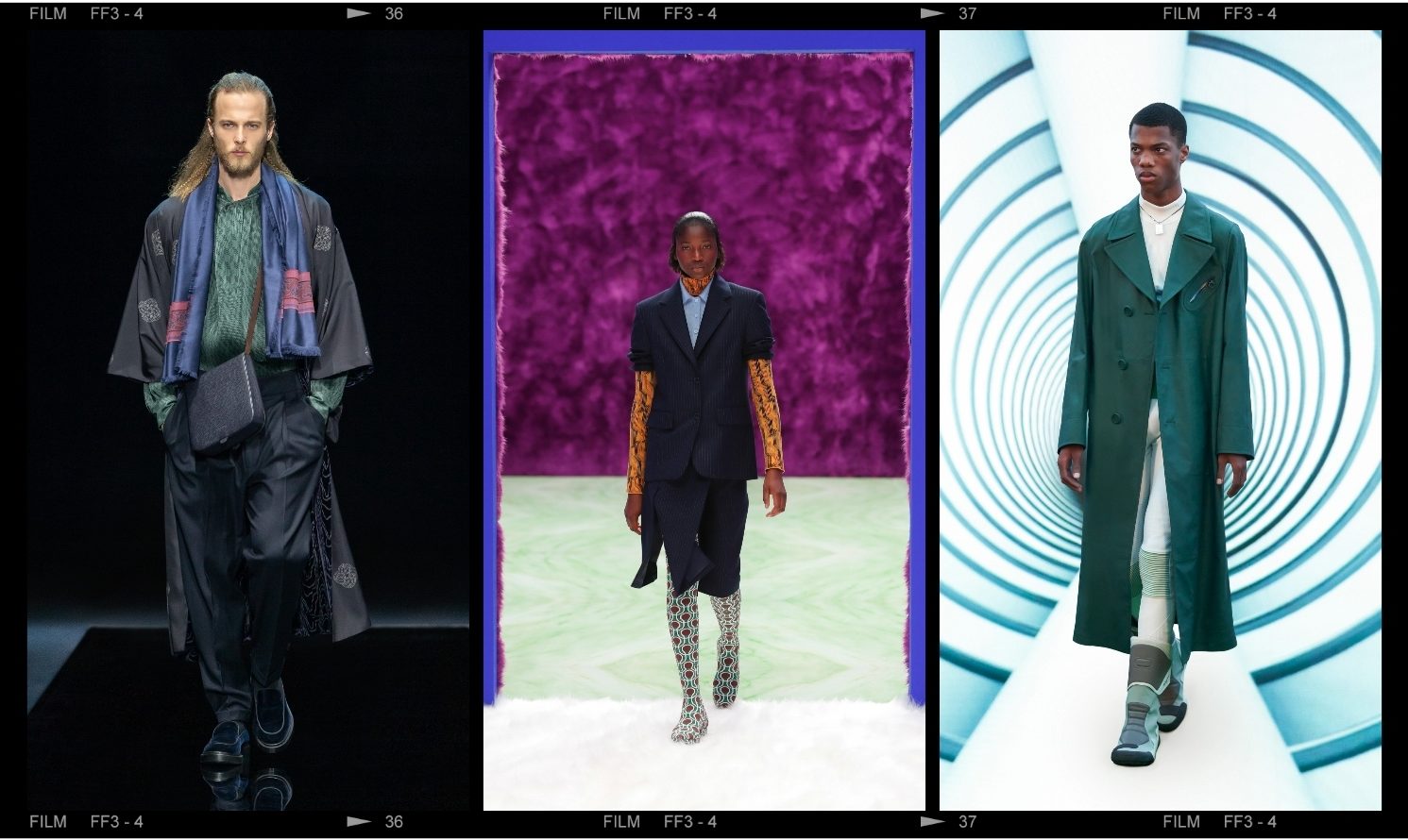