A selection of events at Pitti Uomo 90

Gucci’s Florentine Epiphany
Epiphany, the new limited edition volume produced by Gucci and published by IDEA books, will be the star of an event held at the Gucci Museo in Florence during Pitti. Previewed at New York’s Dover Street Market on 5 May, solely 1000 copies of the book will be printed. The next stop on the book-signing itinerary is slated for 12 June at London’s Dover Street market. Epiphany illustrates the pre-Fall/Winter 2016/2107 womens and menswear collections designed by Alessandro Michele, Gucci’s Creative Director, in three distinct flourishes: a central colour section flanked by two black and white sections. Gucci hired cult photographer Ari Marcopoulos to take the pictures at a location in Milan. The book comes in a pink bubble case with a hologram of the label’s signature snake on the front and the Gucci logo silk-screened on the black silk reverse. The book has an inside pocket with a picture by Marcopoulos tucked into it and comes with a foldable poster. A true collector’s item, Epiphany has captivated many of the followers Gucci has acquired in this new chapter of its history and is sure to be a bestseller. But don’t worry if you don’t manage to grab your copy on the 16th, unsigned available copies will be purchasable from selected outlets and the IDEA online store in July.

Pitti Italics: Lucio Vanotti
The Dogana will throw open its doors to the long-awaited Pitti Italics on June 16. Pitti Immagine Discovery Foundation, which promotes Italy’s new-generation designers with international potential, has invited Lucio Vanotti to show his menswear collection at the Florentine tradeshow. The designer is one of the most exciting names to emerge in the Italian fashion landscape over the past few seasons, and was personally invited by Giorgio Armani to make his debut on the catwalk of the prestigious Armani/Teatro in January 2016. Lucio Vanotti was born in Bergamo in 1975, trained at Milan’s Istituto Marangoni, and is a keen supporter of Pitti because, in his own words: ‘It gives the designer the freedom to express and show their ideas and vision of fashion to people from all over the world, not just Italians, and moves between tradition and innovation, the key themes of my next collection. I want to discover the history of Italy through the new’. What better confirmation that Pitti Italics is an unmissable event.

Diktat to show S/S 2017 collection at Pitti Uomo
Diktat has 30 years of Made in Italy experience and a vision of contemporary style that ensures its collections not only express the brand’s cutting-edge spirit, but also capture the mood of the moment. Crafted to please the customer with a discerning eye for sartorial quality and innovative style accents, Diktat is known for its attention to detail and natural materials and for its eco-friendly production methods. The 90th edition of Pitti Immagine Uomo is the venue chosen by the label to show its new menswear collection, including two essential pieces that no S/S 2017 wardrobe should be without: the slim-fit pullovers in woven cotton crepe offered in two colour ways: a bold contrasting army green/navy blue version and the more urban navy/powder blue version, which throws a blend of printed cotton-linen yarns into the cotton crepe mix. The Diktat collection marries clean design with natural colours and a focus on comfort and wearability.

Pitti Uomo 90 Menswear Guest Designer Gosha Rubchinskiy: from Russia with Love
Gosha Rubchinskiy, fashion designer, photographer and film-maker, not only creates the collections, but also decides what will grace his catwalks, produces the look book images and even curates a fanzine. The multimedia aspect of Gosha Rubchinskiy’s work is awesome. It is the manifestation of the desire to express not just a specific stylistic vision but a world view, an ideology. Rubchinskiy will debut his S/S 2017 collection in Florence on the evening of 15 June in tandem with a photographic installation created especially for the event. The Pitti Uomo 90 Menswear Guest Designer, whose line has been produced and distributed by Comme des Garçons since 2012, made his first splash at Paris Fashion Week in June 2014 to great critical acclaim. A few seasons is all it took for his particular mix of aesthetics, which includes sports elements, echoes of Russia’s 80s and 90s youth culture and cinematic suggestions, to attract a large group of followers. Florence will be dazed and amazed by Gosha’s skaters and graffiti artists!

The Raf Comeback
Raf Simons has a strong bond with Florence. In 2003, he and Francesco Bonami curated the Pitti Immagine Uomo exhibition The Fourth Sex: Adolescent Extremes. The fashion collections and video presentations followed. In 2005 he released the book Redux to tell the story of the first 10 years of his career. Simons was then appointed creative director of Jil Sander and helmed the label’s well-received 2010 show. The designer’s return to Pitti comes at a time when he is very much in the news, also because Dior, the first of several splits with iconic brands, has yet to name a replacement. ‘I’m thrilled to be back in Florence to show my S/S 2017 collection this season and to present the special event created exclusively for Pitti’ the designer said. The much-awaited ‘FLORENCE CALLING: RAF SIMONS’ event will be held at Stazione Leopolda on the evening of Thursday 16 June.

Paolo Pecora Milano S/S 2017 collection takes its cue from Gore Vidal
Brilliant, clear-sighted American writer Gore Vidal of mordant intellectual wit and fame moved effortlessly between the critical analysis of America’s political system and the laid-back atmosphere of Hollywood’s movie sets. The writer then fell in love with Italy, where he lived in his legendary villa, La Rondinaia(Swallow’s Nest), observing the world that he then wrote about in his essays. He was a stylish dresser too, a fact that did not go unnoticed. Vidal, who favoured a softly deconstructed elegance that drew the line at the over-the-top and the overstated in favour of class and style, is the inspiration for the S/S 2017 collection that Paolo Pecora Milano will unveil at Pitti Uomo. Ivy League jackets in lightweight jersey, colourful polo shirts in cotton piqué and summer shirts with jersey striped print inserts, not to mention the designer’s famous knitwear teamed with block colour denim. A slight retro feel tempers the severity of the military look that is the collection’s common denominator, while the colour palette is full of summer lights and brights to evoke the sunny Campagna coast: lagoon blue, lemon yellow, Sorrento coral red and tobacco.

Abstract Expressionism: Save the date 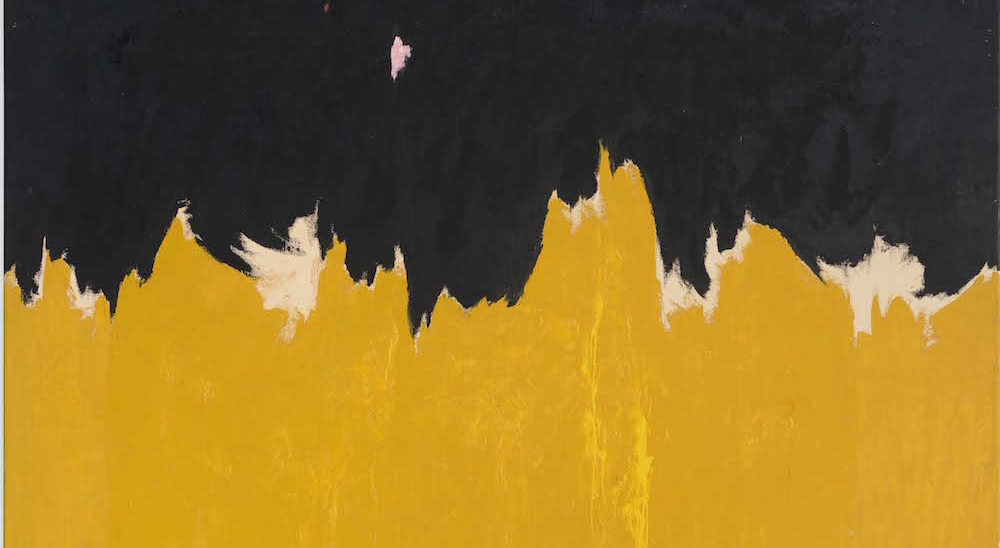