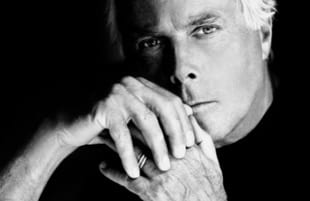 Published this week on WWD an open letter by the pen of Maestro Giorgio Armani to the world of fashion. After being one of the very first one leaders to recognize the danger of the pandemic, showing his new collection behind closed doors during Milan Fashion Week, donating 2 ml euros to the local hospitals for research and cure, Armani also converted his manufacturing facilities in Italy to produce single use-disposable gowns, leading by example in this global fight against COVID- 19.

The reflection explores, in Giorgio’s words this “absurd” current state of affairs exposing a world where fashion industry has fallen in “a criminal nonalignment between the weather and the commercial season” in a frenetic pursue of fast fashion.

The decline began when we pursued fast fashion

He continues on stating that the slow down forced by the pandemic is bringing to light a necessary redemption of value to the work and world of designers, which would ultimately bring the customers to the understanding of the value of fashion and its collections.

“The decline of the fashion system as we know it began when the luxury segment adopted the operating methods of fast fashion, mimicking the latter’s endless delivery cycle in the hope of selling more, yet forgetting that luxury takes time, to be achieved and to be appreciated. Luxury cannot and must not be fast. It makes no sense for one of my jackets or suits to live in the shop for three weeks before becoming obsolete, replaced by new goods that are not too different.”

Giorgio Armani’s creations as we know them are the indisputable symbol of timeless elegance. This pause is giving the world a chance to renew the pace of proposing ideas to the world especially giving the chance to refocus on production cycles and seasons, allowing to a more livable and therefore quality-driven fashion.

It is a moment of reflection that calls for a more ethical approach to fashion.

“I don’t work like that, and I find it immoral to do so. I have always believed in an idea of ​​timeless elegance, which is not only a precise aesthetic code, but also an approach to the design and making of garments that suggests a way of buying them: to make them last. For the same reason, I find it absurd that, in the middle of winter, one can only find linen dresses in the shops and alpaca coats in the summer, for the simple reason that the desire to purchase must be satisfied immediately.”

Who buys an item to put it in the closet waiting for the right season? None or just a few, I believe. But this, driven by department stores, has become the dominant mind-set, which I think is wrong and needs to change.

This crisis is an opportunity to slow down and realign everything; to define a more meaningful landscape. I have been working with my teams for three weeks so that, after the lockdown, the summer collections will remain in the boutiques at least until the beginning of September, as it is natural. And so we will do from now on.”

Slow down and realign

“Special events should happen for special occasions, not as a routine.” The expense of a grandiose show far surpasses and is no longer justifiable especially when, according to Armani, it carries just a mediocre message. The letter denounces a scenario where too much is spent on “vulgar” displays of “mild ideas”; the designer reinforces his invitation to focus on slow-paced high-quality measured communication adding on to the message of focusing on authenticity to “regain human dimension”

“It is nice to see that in this sense we are all united. For retail, this will be an important stress test. I want to send my heartfelt encouragement to the American fashion operators for the difficult weeks they will face ahead. United, we will make it. But we have to be united and operate in unison: This is perhaps the most important lesson we can learn from this crisis.

United we will make it