Joaquin Morodo, born in Madrid in 1983, grew up with a particular love for Italy (he lives in Milan) and for the overwhelming pop culture of the 80s/90s. «Beve» immediately everything that the brothers listen, from disco to latin to – obviously – a lot of rock; the one of the bands that have marked an entire generation and, in some way, pays homage today to the group Joaquin Moro & The Glaze Friendz. After the first Ep “I Don’t Believe In You”, they are ready for live performances. Almost in the wake of the brilliance that made history with Grease, that glaze tells how style can become an attitude, a way of being: fresh, shiny, cool.

Let’s start from the beginning: Madrid of those years and the discovery of your passions.

I started my modelling career at the age of 16, as well as traveling early and living in various cities. Then I went back to Madrid to study law, before this job ever became a profession it took quite a while….

How much of the pop art what You grew up with, did you bring into your art?

For me it was an exponential influence. I was trying to translate what I had inside in a very light and spontaneous way. I’m the youngest of four siblings, I took in everything they listened to.

We can hear it a lot in a track “30 Something”, which attacks just by winking at the American pop punk of that period. Is that intentional?

Absolutely. Together with Kid Riff, the guitarist, we have fun fishing and dredging up the emotions that we have gone through in years. He started playing thanks to bands like Blink 182 or Green Day. We really like the idea of paying homage to the bands of our musical culture.

In that piece you say, “I’m 30 years old and I still don’t know anything”: is that a generational feeling?

It is a thought that follows me every day. I don’t think I’m the only one thinking this way. Being a curious person makes me feel ignorant more and more each day. The piece is tied to the age I live in now, but also to a certainty of never knowing enough.

Joaquin Morodo & The Glaze Friendz: is there a story behind this name?

Glaze stands for varnished, I created a concept around that idea. I guess I am not the only one to pass a layer of glossy paint like in works of art. Glaze is the finishing touch that polishes artwork, but also the mood. We use this word among ourselves every day: “that guy is very glaze”, meaning shiny, fresh, cool.

You are always referred to as an experimental band. Do you think that’s correct?

No, actually disappoints me, but I think it refers to the fact that we play many different genres.

“Glaze is the finishing touch that polishes artwork, but also the mood”

I agree, it was our first exhibition, and we created ad hoc soundtrack connected to the  artworks. The common denominator is wanting to bring out plastic and musical art together.

Why a title like “I Don’t Believe In You”?

Kind of like saying, “You don’t believe in me? Then here’s this album for you.” The cover is your own artwork, what does it represent?

It’s inspired by the goddess of justice, it’s directly connected to the concept of the title, because you ask yourself: “Is it fair that you don’t believe in me?” I am convinced that real talent will come out sooner or later.

Which artists really made you fall in love with music?

Strauss, Verdi, Mozart, Bach, Yann Tiersen, Jean-Michel Jarre. I also like Tupac, Nirvana, Guns N’ Roses, Strokes and Arctic Monkeys. Talking about Italian musicians I’d like to mention Paco De Lucía, Camarón and Nino Bravo – who plays guitar as no-one else. I could go on about flamenco for hours.

Thomas Costantin, ‘Man in Red’ of a thousand contaminations 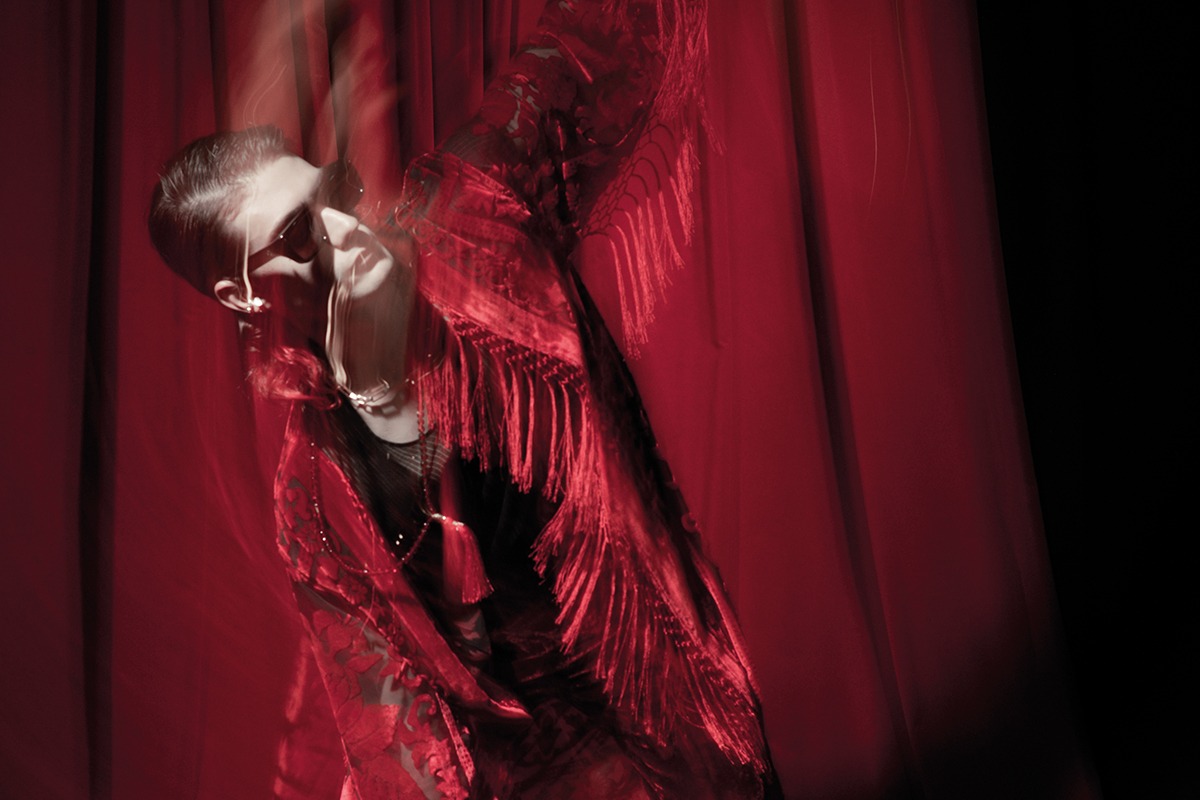