He was born in Rho, just outside Milan, on the night of 31st December, 2000 at 11:30 pm. Except that night, Matteo Oscar Giuggioli never kept his mum awake again: “I was very good. I smiled at everyone; I was sunny.” Music attracted him from an early age: “I was in the stroller with my mum. We met a street violinist and I was hypnotized listening to him. We stayed there for a long time because I didn’t want to leave.” Growing up he also thought about being a musician: “At home I have a guitar, bass, electric drums, saxophone, violin, cajón. I tried many instruments… Same as I did with sports”.

In high school he enrolled in the Human Sciences lyceum where he met his great love: acting. “I started in the first year of high school with an extracurricular course. I always felt that I had things to say, but I was channeling my energy badly. I was making attempts that I never completed. I had a tiring school career. I didn’t feel comfortable and I didn’t think I was intelligent. I was in a period of transition and I felt misunderstood. Nothing caught my attention. I was demotivated. But when I started acting, I felt a huge emotion, a sense of freedom that I had never felt before. I had a great teacher who made us do autogenous training, theater and dance. I felt a crazy sense of vitality and I continued. It was like a drug: after a while I needed to increase the dose”.

“Actually, there wasn’t a moment when I decided: from now on I want to make films. It just happened”

But you didn’t continue with theater…

Actually, there wasn’t a moment when I decided: from now on I want to make films. It just happened. For “Gli sdraiati” they came to audition in schools and that’s where it started. I just wanted to act. It didn’t matter if it was theater or cinema.

In “Il filo invisibile”, directed by Marco Puccioni for Netflix, you deal with two uncomfortable topics: homosexuality and rainbow families. Two aspects of our everyday life that the new government opposes…

“Skill and talent are the basis, but there must be study, research”

You are with Stefano Accorsi in the new Rai series “Vostro onore”. How was the experience?

A beautiful project, but I always feel in constant transition. I’m very happy about “Vostro onore”, but I struggle to watch it. It means that I have grown up, matured. I am very strict with myself: I don’t like myself. I wish I tried harder. It is important to invest in coaching and in research. Often productions put actors in action without sufficient preparation. Let them try, let them get to know each other.

A father and a son know their bodies and know their minds. We should have the time to go out and talk, get to know each other in general. Our work is also research, and if you do it, the shows results. Look at “Brado”, it’s a wonderful movie. Saul Nanni was of infinite skill; thanks to its talent and the preparation he had. Kim Rossi Stuart is someone who tries, is fussy and in the end trying pays of. Skill and talent are the basis, but there must be study, research. “Brado” is a demonstration of this.

In Venice, together with Amanda Campana, co-starring in “Suspicious Minds”, you were honored with the Next Generation Award. In such a short time in Venice. How does it feel?

Venice was crazy. You don’t understand where you are. You’re at the Venice Film Festival and you don’t even know how you got there. Sometimes I tell my mother: “Mum, do you remember five years ago when I was still in high school?”. It cost money and we didn’t know if we would make it. We made it with a lot of sacrifices. It was like a lottery even doing Rome-Milan all the time. And it was all our investment. And every now and then I tell them: “Mum, did you see? Something did happen!”.

“I always told that theater or cinema was the same thing for me, as long as I was an actor”

Did your mum support you in realizing your life…?

Yes… I don’t like the word investment. I prefer to think that she was there and held my hand. I was always very clear with her. I told her: “I need to do this to be serene”. In front of a son who tells you this…. There are people who reach out to ask me how to do it. The question is: do you want to be an actor or do you want to act? Those are two different things. What moves you? I always told my mum that theater or cinema was the same thing for me, as long as I was an actor. I’m fussy and stubborn. I studied a lot and gave my mum the prospect to believe in me.

We feel you come from the theater because you speak of urgency. Those who do theater don’t do it for the red carpet…

Urgency is something I really like. Even when I listen to music. To feel. I have to feel that it pushes you, it urges you to tell me something. For example, Blanco: I feel he needs to say what he says. It is raw, you feel it energetically. Necessity and curiosity are two concepts I like a lot.

“Urgency is something I really like. Even when I listen to music. I have to feel that it pushes you”

You have finished shooting “Suspicious minds” by Emiliano Corapi. What can you tell us ahead of time?

I am curious to see the film in the cinema. Emiliano Corapi is maniacal, careful and precise. This work was, as if it was cut with a scalpel – delicately done. The screenplay is tough. Emiliano writes very well and I liked the relationship created with Amanda (Campana – co-star). We listened to each other a lot. I would have liked to have done two more rehearsals, but in the end we were all so focused, and worked intensively for six weeks. I think it is a film that will surprise. 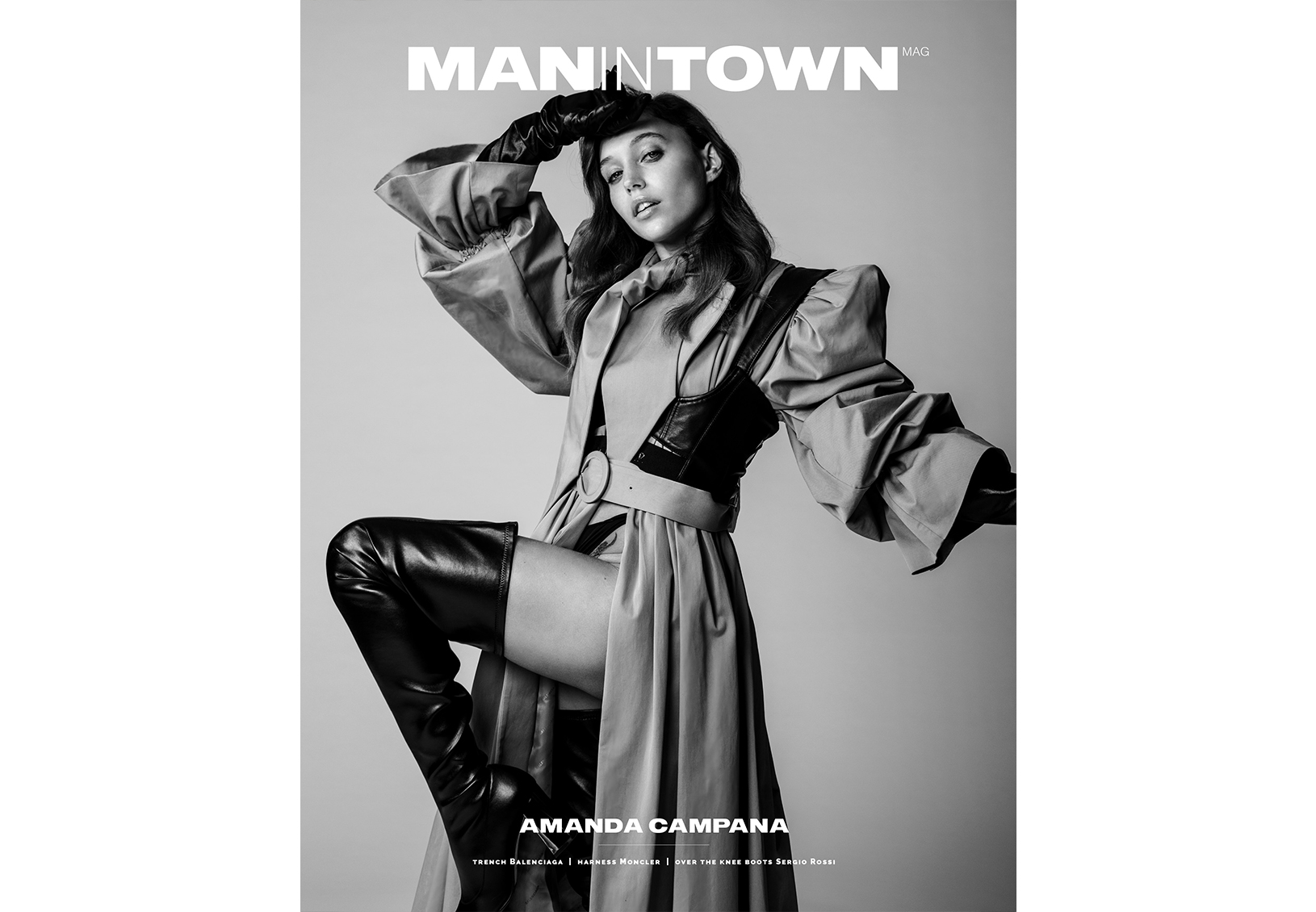