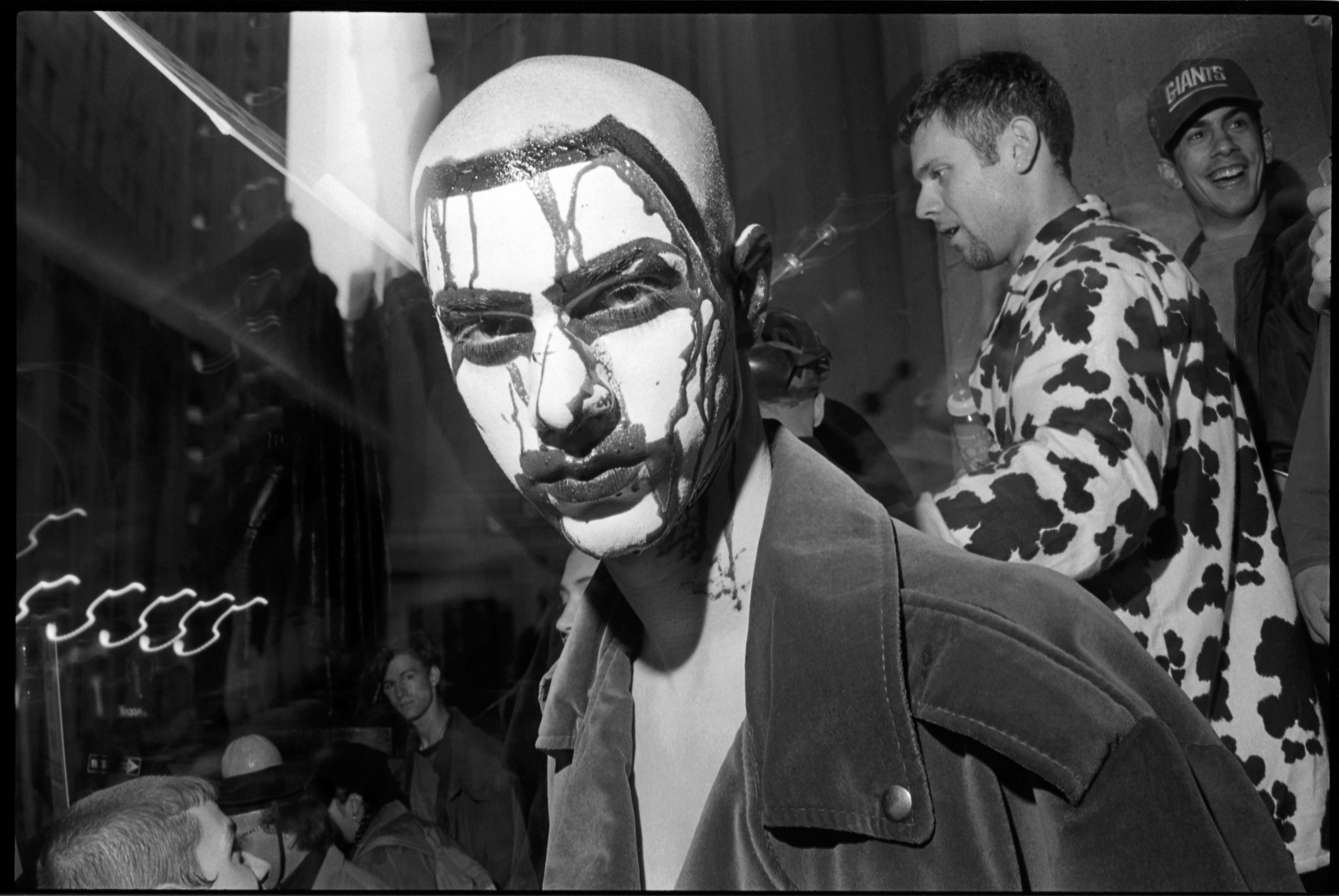 Damiani Editori, the renowned publisher that proposes international publications dedicated to art and photography – always cool, cutting-edge and important – has printed a book that is really interesting, for those who love style and for those who are intrigued about the ways with which certain phenomena have influenced more than a generation, not only from the point of view of the image. The book “New York: Club Kids. By Waltpaper” by Walt Cassidy, with the preface of Mark Holgate. The club kids from the New York scene in the 90’s were maybe the last underground phenomenon, the last true subculture that became something recognizable and creatively stimulating.

High on the agenda also thanks to the film “Party Monster” with Macaulay Culkin, that focuses more on the unpleasant events that involved especially one of the club kids, Michael Alig, this book wants to emphasize the mediatic, cultural and creative importance of that group of guys.

When he was young, Cassidy was Waltpaper, an almost genderless figure, with an alien look, and the book brings us back to those nights in the 90’s. So the book is more than a simple chronicle from the past, and Walt explains it clearly in the exclusive interview that he gave us.

When did you decide to create this book and why? Which is in your opinion the importance and the legacy of the period you are talking about?

NEW YORK: CLUB KIDS first began with a 40 page editorial that I did for Candy Magazine in 2015, where I selected five photographers who beautifully documented the Club Kids and New York nightlife culture in the 1990’s. The images ran with a short biographical text of my personal reflections about the period. I have always been very careful about investing too much in nostalgia.

People often get stuck in the past, and I am more interested in the present, so despite many requests to tell the story of that time period, I kept my energy mostly focused on my current  life. As time moved on, a number of key figures from the original scene began to pass, sadly.

I got nervous that important photographic archives might be at risk of being lost forever. I had not been satisfied with outside journalist’s interpretation of our scene, after 25 years since it’s collapse.  No one seemed to be able to capture the creativity and inventiveness that the Club Kids represented.

There were so many idea’s and concepts that intersected that moment in time in New York City, but had yet to be addressed. I realized that it was an insider’s job, and I was the only person who could put together a book that would properly capture that 10 year time period.

Is there a picture in particular that gave you goosebumps, that reminds you of a specific moment? Do you wanna share that moment with us?

The process of doing the book was incredibly cathartic and labor intensive. I needed to process the many feelings that I had, as well as, absorb the energy and thoughts of all the photographers and subjects in the book.

I felt responsible for everyone involved, despite it being a story about my personal journey. Additionally, I had to glue together heavily fractured and often damaged archives, which needed extensive restoration.

The book required the work of four different graphic designers.  Every image conjures up tender moments for me. Since many of the people featured are no longer with us, this added another layer of responsibility. I tell the story of my first male lover in New York, named Donald, who was a notorious street hustler, and eventually died from AIDS.

Despite his reputation, he was very protective of me, perhaps because I was only 19 years old, new to the city, and quite innocent. He was an angel with broken wings, and was my introduction to life in New York City, and I believe he still watches over me today.

Which was the most difficult moment in preparing the book?

Writing the last chapter was the hardest because not only did I need to make firm decisions about how I felt, but I also needed to make sure that the book would be of some service to the 15 year old, who would be discovering and reading about this culture for the first time, as well as, my peers from my generation and New York City who would be reflecting back on that time as they passed through the pages.

You were all very creative in dressing, do you remember the most outrageous outfit you had? Could you save some of those outfit? Do you still have some of them?

I did not save any of my outfits.  One of the things that was unique about the Club Kids was that we approached fashion as disposable. Most of our outfits were made to be worn one night then disposed of.

For the book, I use the metaphor of “deconstruction” as an over arching concept and motivation that defined the 1990’s.  You see this in the music, the clothes and the drugs. Instead of saving my clothes, I saved all my photos and press editorials, which created the foundation for the book.

In which way do you think the club kids of today can be different from your generation? And in generale how New York has changed in your opinion?

The energy and dynamics of youth culture is always regenerative, playing off of the same reoccurring concepts, but responding to the politics and technology of any given time period. At the core of history and our human experience are pictures and words. That is the essence of everything. How we capture our experience and how we talk about ourselves is what creates distinctions between different time periods and generations.

This goes back to cave drawings of the earliest human beings. My excitement comes from seeing these things change and evolve. Human culture ebbs and flows between the liberal and the conservative. New York City has suffered as a result of conservative city politics and the money and real estate agenda since the late 90’s. I feel that we are on the cusp of a more positive and exciting period, not just in New York City, but in the world.

What have you learned about yourself or about that period while preparing the book?

You are a very different person, from who you were, at least it is what we can see from the outside. What is still there of that young kid?

I am still very much the same person moving through this lifetime, gathering new experiences as each day passes. I believe the essence of life is fluidity, and I allow myself to remain in flux, and constantly change and evolve. I believe it is a great mistake to invest in the idea that if we chase after one singular experience or identity, that we will find happiness.

Fear is what drives the desire to cling to one thing.  Fear will never lead to freedom and joy. The world is not flat and neither is the human experience. We are dimensional beings, and that should always be celebrated.

You have a lot of projects, can you tell us what are you doing at the moment?

I am a multimedia artist, so to keep myself engaged, I navigate various mediums. My jewelry and artworks are always available at www.waltcassidy.com. My primary focus at the moment is getting the book launched. We are partnering with the store Opening Ceremony and have created a small capsule collection inspired by the book, which will drop mid-November and coincide with a book launch event. NEW YORK: CLUB KIDS is published by Damiani and is now available for Pre-order online, and will hit stores internationally in October.

Since Manintown has a focus on traveling, can you give us your suggestions about New York? Like the place you love the most? And a couple of places to go drinking/eating/having fun?

The love the parks of New York City… Central Park, Prospect Park and Hudson River Park are particular favorites. I recently discovered Dekalb Market Hall in Brooklyn which has a fantastic array of food vendors. The Wiki Wiki Hawaiian food stand is a favorite.