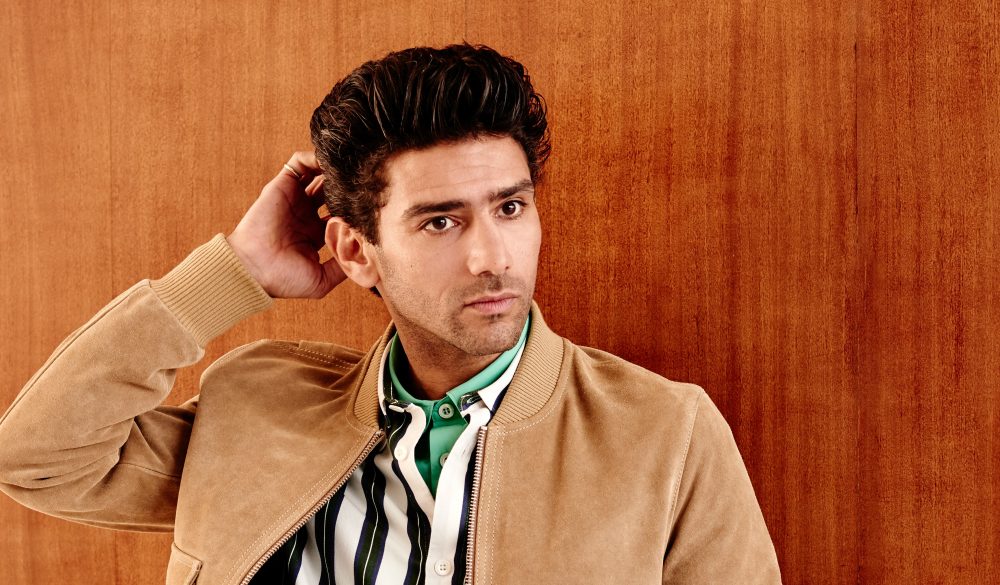 Algerian-French actor Salim Kechiouche started out young, starring in the film À Toute Vitesse at the age of just 15. He then went on to become France’s kick-boxing champion in 1998, before deciding to pursue his acting career full-time. Now approaching 40, he has just finished working on acclaimed French director Abdellatif Kechiche’s upcoming film (as yet unnamed), having collaborated closely with him over the years, starring in the award-winning Blue is the Warmest Colour and the recent Mektoub My Love. We caught up with him in Paris

What do boxing and acting have in common and where do they most differ?
The desire to be in the spotlight, to be seen, to show what you’re capable of. The fact that you have to make sacrifices and have a strong mentality. In boxing, you have to hide your pain, while in acting it’s the opposite: you have to open up and show your feelings. I’ve always felt like I was being pulled in two directions. I like it when you see actors and actresses come within an inch of madness or approach very strong human emotions. You can maintain strength and at the same time keep a certain fragility. It’s a delicate balance.

You have made three films with film director Abdellatif Kechiche. What’s your relationship like with him?
I’m very proud of our relationship. I think we have a lot of respect for one another. We have quite a lot in common: he also boxed and acted on stage. It’s as if we were family – he’s like a big brother. He has a strong influence on me, for sure. Working with him changes your perspective on this profession. He’s very engaged as a director and so it’s impressive to work with him. You learn a lot.

How do you approach a role?
You become the character and the character becomes you – it’s a meeting between the two. It’s instinctive and you have to try and have confidence in yourself.

You broach themes of adolescence, masculinity and sexuality in your work. How do you see your role as an actor in relation to such issues?
People write to me a lot about the fact that certain roles have helped them to feel freer. Often roles have a message – that’s more interesting as it touches people in a more profound way. I try to maintain my freedom and, for me, cinema and theatre are untouchable spaces for freedom. So if there is a message through that, that’s not bad going as a role in society.

What’s next?
The next film with Kechiche, which we’ve just finished. I’d like to return to the stage and I want to write – it’s something different, but I’m trying!