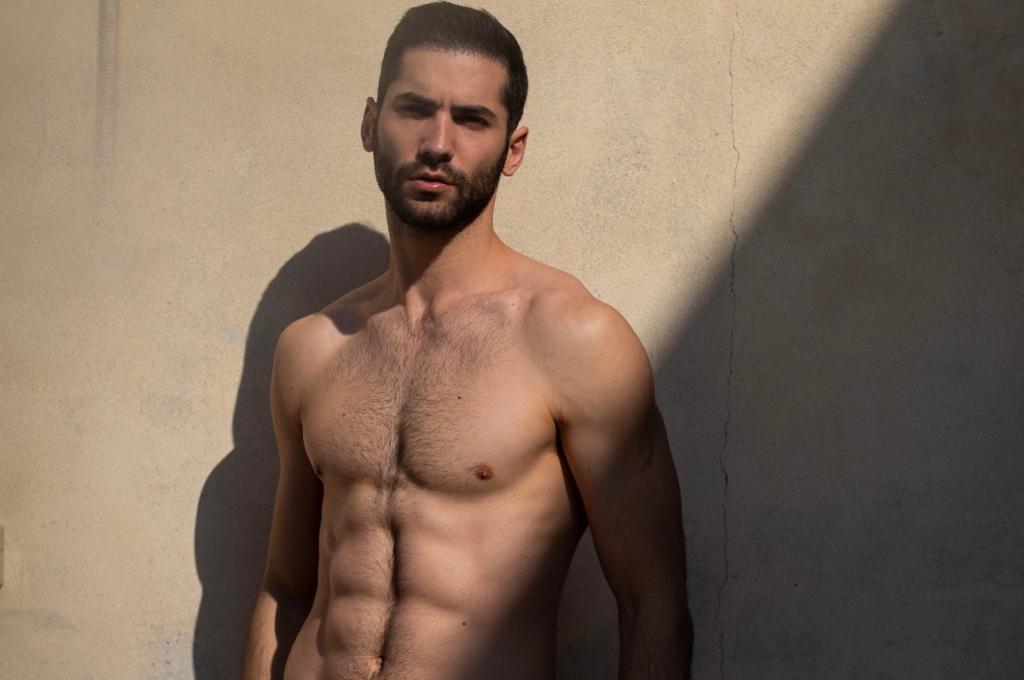 Anthony Pomes, the French photographer we had the chance to meet recently, has exclusively immortalized Thomás de Lucca for us, in déshabillé on a terrace flooded with light in Milan, where the Brazilian model moved not long ago.
Powerful and yet delicate pictures, that underline the modus operandi of an author who, as he revealed us, searches for sensitivity and uniqueness in every portrait.

We had the opportunity to ask Thomás a few questions.

I start with the shooting by Anthony Pomes. The pictures reveal a rather relaxed and spontaneous atmosphere on a sunny terrace, isn’t it? How was it like working with Anthony?

I felt very much at ease with Anthony. He’s very talented and knows how to guide a model during the photo shoot. To he honest, I thought I’d be a little rusty since I haven’t been focusing on other things at the moment and not doing much of modelling. But everything went pretty smoothly with him.

Tell us something about yourself: where you are from, how long you’ve been modelling, what your interests are beyond work…

I’m from the south of Brazil and I’ve been modelling for almost 9 years. Everything started in 2013 when I went to China for work, it did help me to grow up as a model, and to be here today represented by one best agencies in Milan.
I also do marketing apart from modeling. I’ve been doing that since last year, and that is where I’ve been spending much of my time and efforts recently, although my passion has always been modeling and always will be. When I have spare time, I like going to the gym, doing yoga and meditation –  if possible I like to practice the two latter every day. I love spending time with my boyfriend and friends, and watching horror or sci-fi movies.

You are Brazilian but you live in Milan for work. What were your first impressions? What do you love most (and least) about living here?

Milan is great, very international and easy to get around, but I have to confess that I’m still struggling with the language as “il mio italiano non é molto buono” (this is literally the only sentence I know how to say without using Google Translator).
What I love most are cappuccino and pizza. On the other side, living in Milan can be very pricey, so that part isn’t that funny.

If I say style, what do you think of?

David Gandy, he’s a reference in the male model industry for me, and I love how he styles himself according to his age and still looks fashionable and attractive.

What brands or designers do you aspire to work for?

I’d would love to walk for Dolce&Gabbana and Giorgio Armani since they have inspired me when I first started modeling.

Where do you see yourself in ten years?

In ten years’ time, I want to be a successful coach of fashion models traveling the world and giving lectures on how to think beyond their dream job, without giving up on it but using that passion in their favour.
I’d like to encourage all models to not give up on their careers so easily (I know it can be very tough to listen to so many “no” sometimes) and to do something else they may like in addition to that. There are so many ways to use what you’ve learned or experienced as a model to help you on starting something new and that resonates with you. There are more opportunities out there than you can imagine. 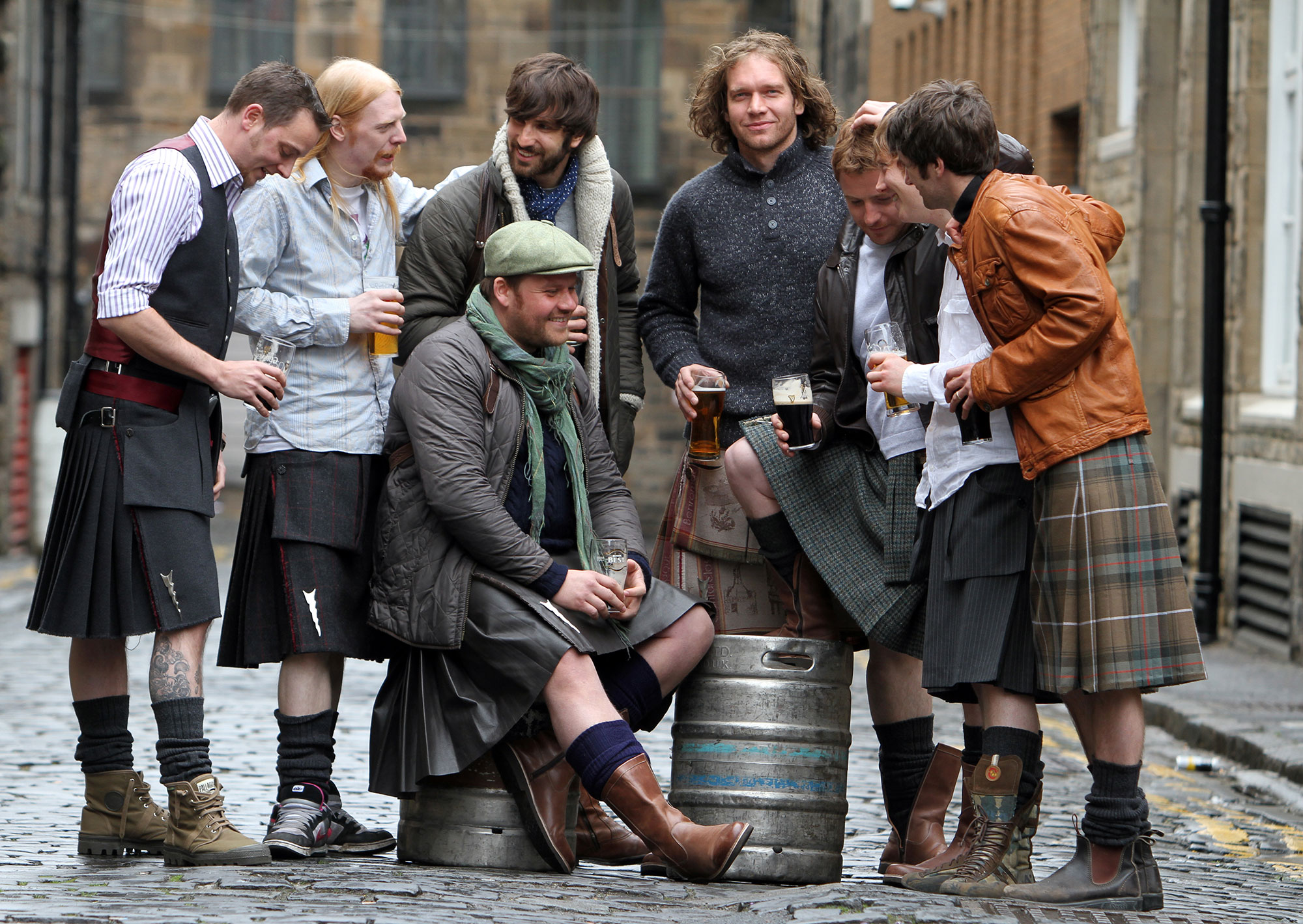 Long, short, tunic, habit, chiton or toga, the male skirt has been the favorite garment of people, civilizations, tribes, kings, and warriors. It has ruled in temples, courts, agora, and battlefields. But, in 1789, to the cry of “Liberté, Égalité, Fraternité”, trousers have become the flag of revolutionaries and skirt was put in the pillory. 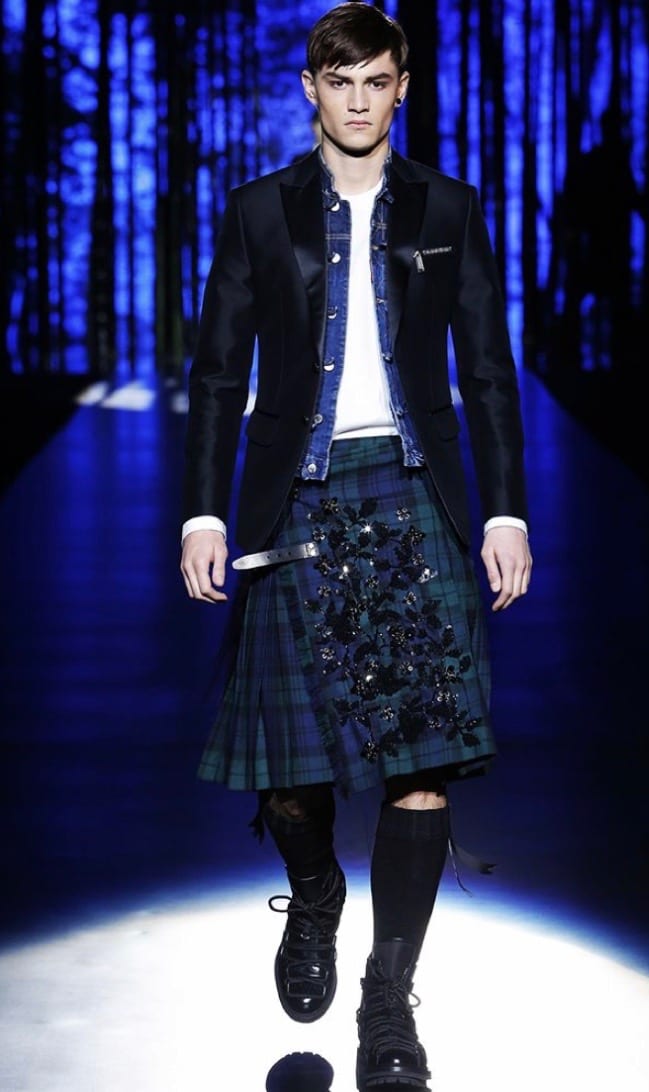 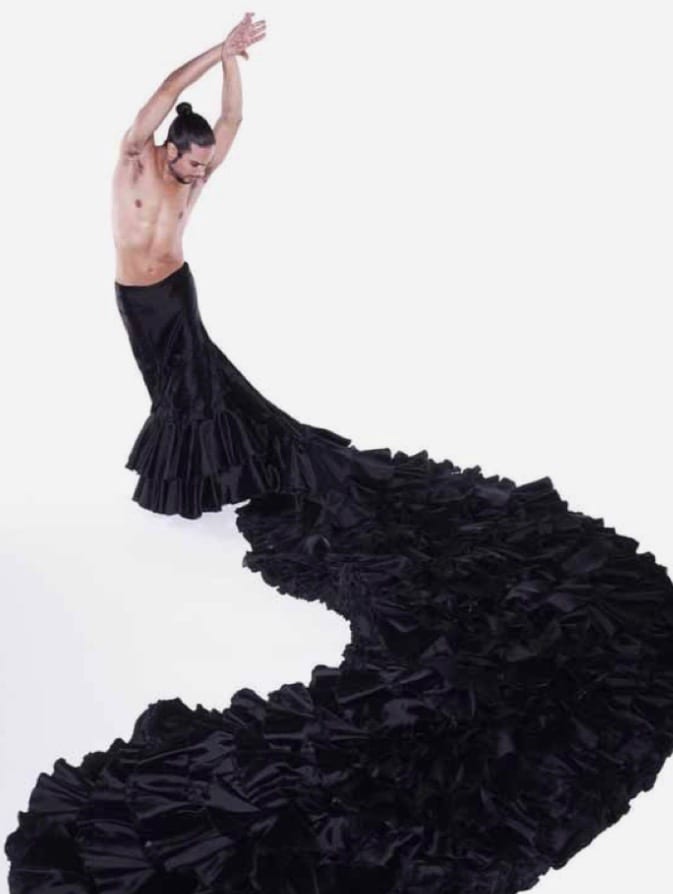 In the modern West, wearing a skirt is still inconvenient for men because it is a garment associated with the female world and it is a symbol of lack of masculinity. But it is amazing how the points of view change when we look from another perspective.

Think about the kilt. Prince Charles, Sean Connery, Ewan McGregor o Gerlad Butler with the kilt and knee socks look like “William Wallace”, they are daredevils and dark and with patriotic pride, they say: “It’s a kilt, not a skirt”. 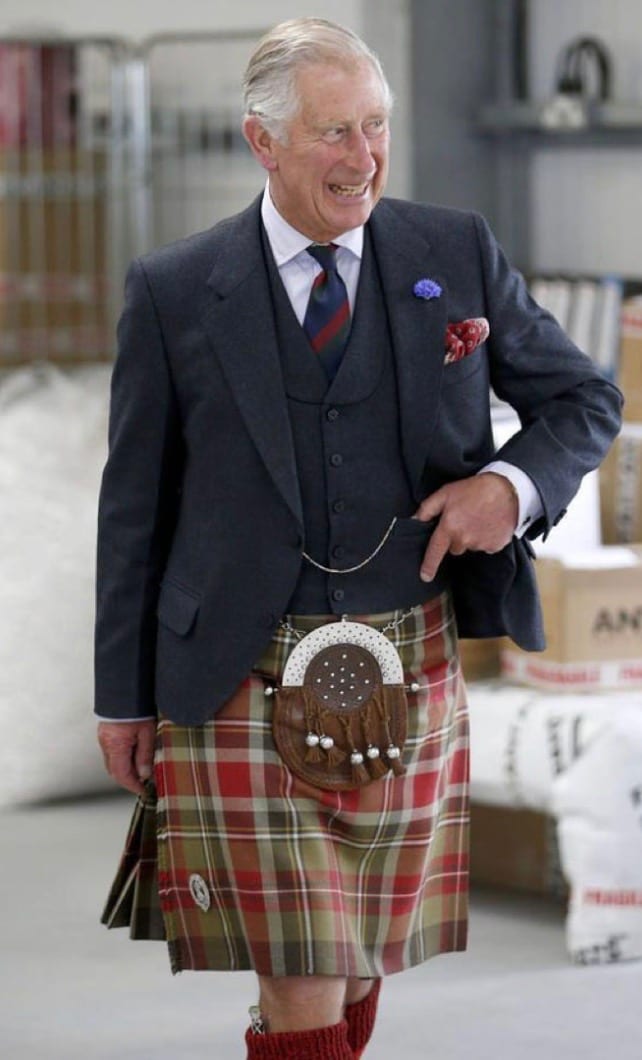 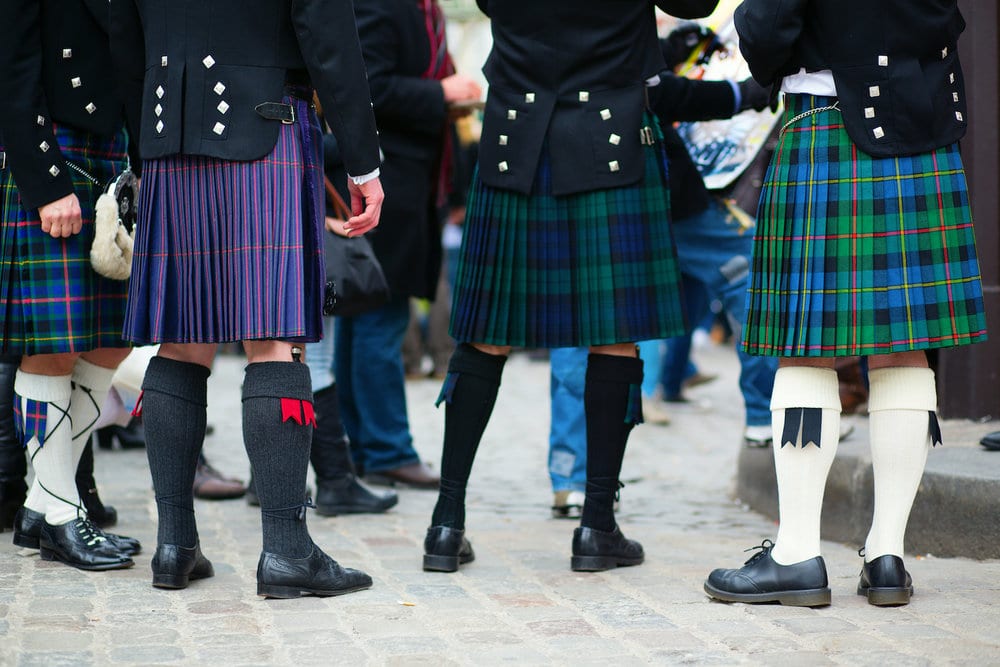 Also, the Tartan Skirt, the traditional symbol of Highlands, it is not very different from a piece of cloth rolled around the waist. However, if we think about Maasai wrapped in their gaudy colored drapes (Shuka) and dressed up with bead jewelry and iron wires, the first thing that will come to our mind, won’t be a tribe of female men in skirts, but a tribe of warriors, hunters, and skilled fighters.

For the utopian hippies, instead, the skirt embodied the image of a future society without gender diversity; for punks, in their rebelliousness, it was a symbol of contempt for the patterns and models imposed by the society; David Bowie, as an incarnation of the excessive glam rock, showing off white fur, glitter, feathers, rafts, and skirts, denied clothing as an expression of personality.

In 1984 people shouted to the scandal when the irreverent Jean-Paul Gautier debuted with his first men’s collection “objectification of men”, questioning the clichés of clothing and dressing a rough and macho man with skirts, scoop-neck sweaters and sailor’s t-shirts with uncovered back.

But on second thought it is fashion. As well as if Joaquín Cortés dances in a skirt is art, and if Billy Porter shows up at the Oscars with a wide black skirt is show biz. If the male uniform of the Starfleet of Star Trek is a mini dress, the Skant then is science fiction.

Summing up, in today’s society, the acceptance of a man with a skirt (or his refusal) is essentially related to the historical, cultural, environmental, religious, ethical and creative factors. Its decontextualization leads to hilarity, discomfort or distrust. If we ask a man to wear a skirt, he “will be struck to the idea to appear effeminate” as the journalist Arwa Mahdawi wrote in “The Guardian”. 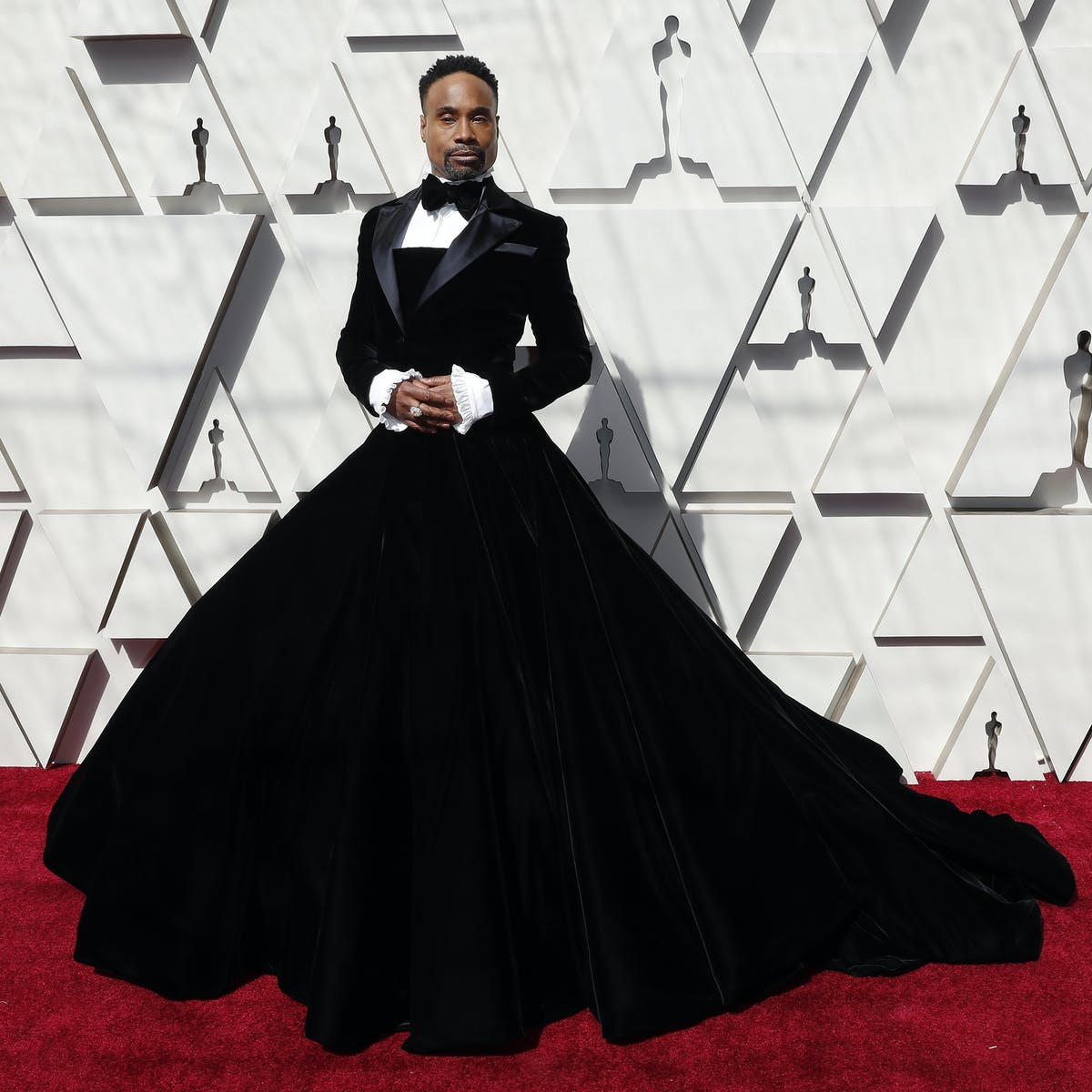 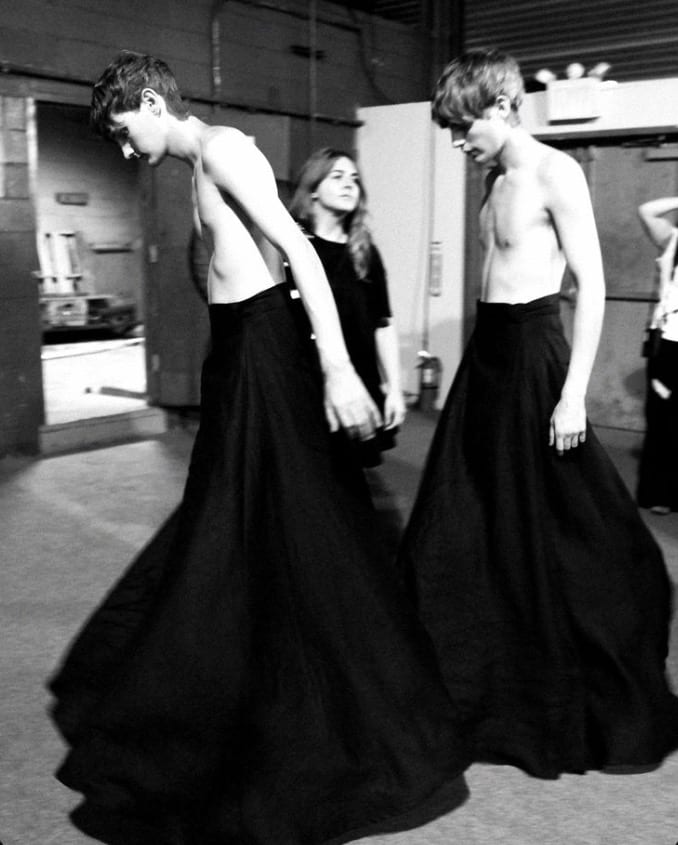 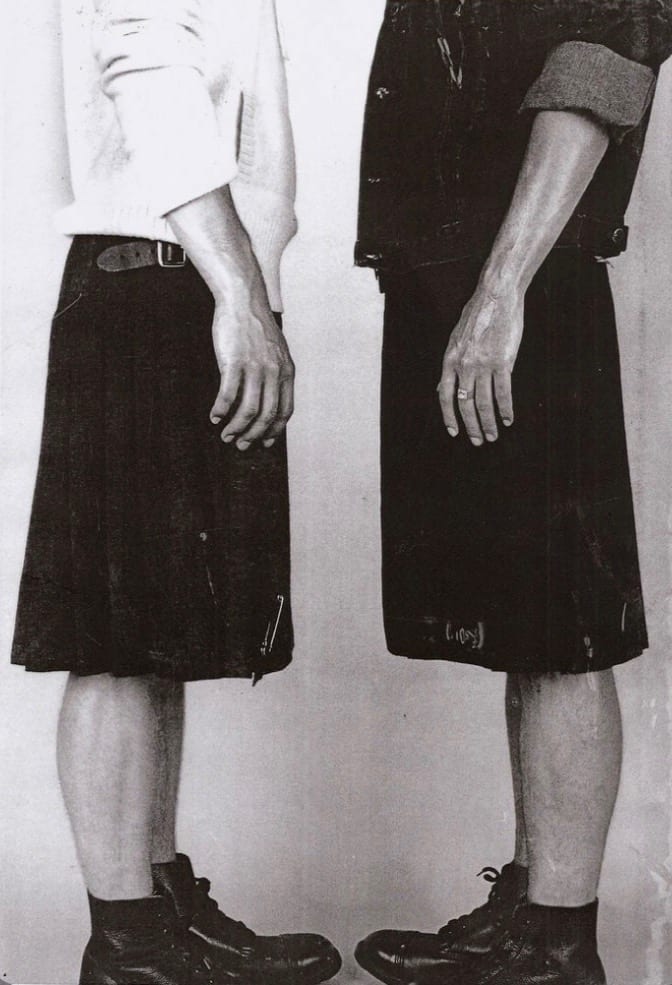 In a West that has consecrated the skirt as an icon of femininity, for the male culture the time to welcome it in its wardrobe has not yet arrived.

A day, maybe, the idealistic hope of David Hall of “give men more freedom without meaningless extravagance, but without dull conformism” will be realized.

On the other hand, when Elizabeth Smith Miller, the first woman who has worn trousers in 1851, showed up in public with Turkish wide trousers was hit with vegetables and snowballs, insulted by men and accused of outrage against decency.

It has been a long road, but finally today also a woman with trousers can give of herself an image of strength, power, and career. Maybe, in the next future, it will also be for a man wearing a skirt.