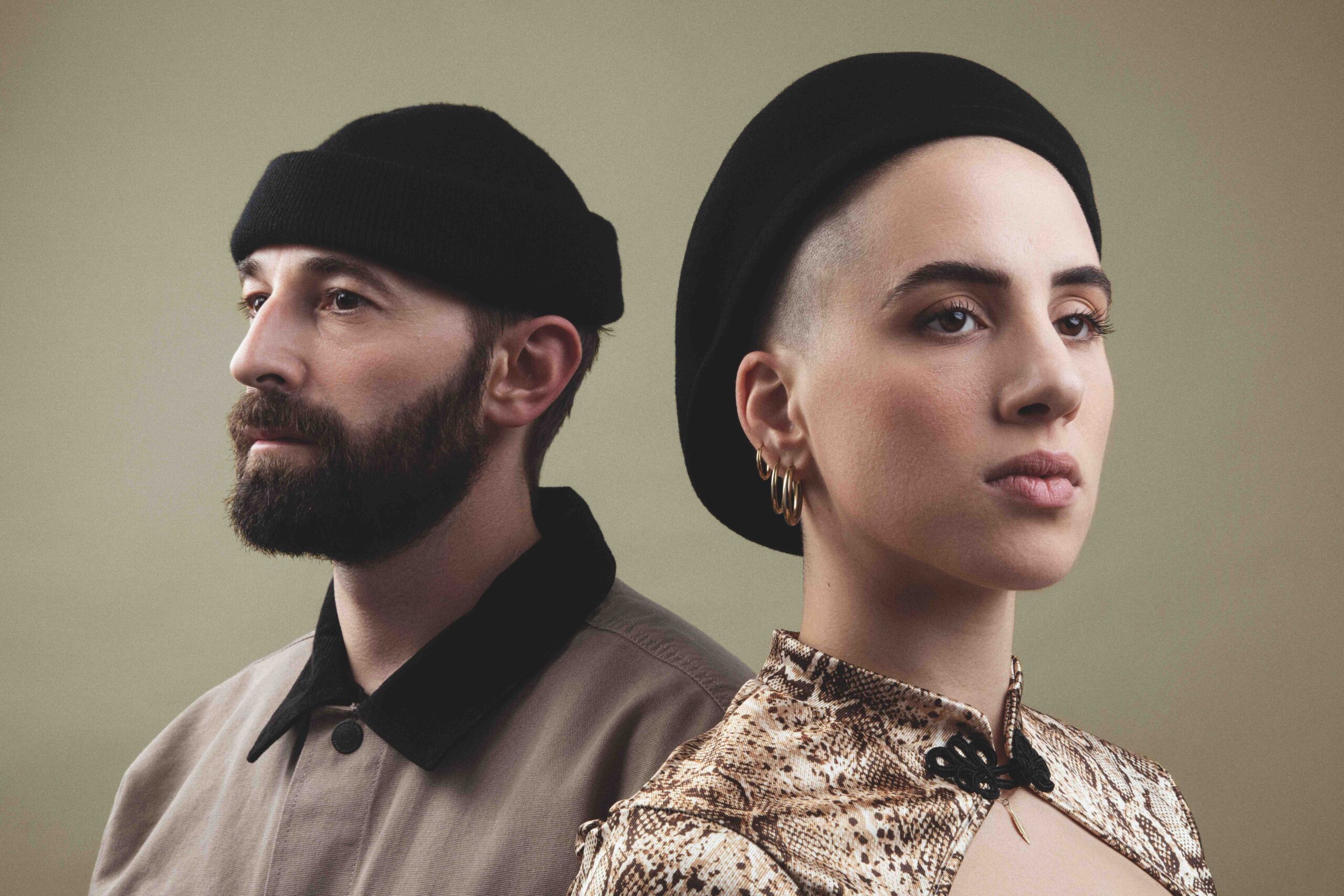 Different but inseparable, complementary to one another, there is no Coma without Cose nor Fausto without California. But who is this magic duo?

One half of the musical duo is Fausto Zanardelli, aka Fausto Lama (a name that came from a rhyme about the actor Lorenzo Lamas). Bearded with a sailor’s hat on his head, he appears composed (quite the opposite to when he is on stage), intellectual and at the same time acute and goliardic.

The other is Francesca Mesiano, aka California: shaved hair, tattoos, contagious laughter and a sense of freedom that radiates energy.

Against the background of a romantic Milan, the duo Coma_Cose tells stories of feelings and loneliness wrapped in the exis- tential cold of their adopted city.

Starting from the first EP “Inverno Ticinese/ Winter in Ticinese, on the Navigli” they often cite key places in Milan, such as rotisseries and nightlife spots, but also public transport such as the subway or the iconic trams.

Their music was born within the urban contexts of the city, from the secret courtyards to the noises of nights and to the tinted atmospheres à la Twin Peaks. Their adrenaline fuelled live sessions are a must-see around Italy, with a look that is gender fluid and an interesting motto such as ‘Milamo’.

We sat down with them to discover more about this one of a kind genre that embraces both trap and deep song writing.

How did the idea of the name come about and what does it mean?

Three years ago this project was born out of a respective “awakening” from a creative coma in which we ended up. We both felt the need for an outlet that ended up materializing into a music band. The name was born to exorcise that period and all the things (cose) that had to do with it.

If you hadn’t become a successful band what would you have done when you were grown up?

Fausto – I would have probably travelled more. I did many jobs including bricklaying, waiting and bartending, shop assisting … in short, any job that provided enough to allow me to travel as much as possible.
California – Probably something that has to do with communication and construction on an artisan level. From furniture to objects, to children’s toys. I like the idea of giving shape and colour to thoughts and desires, and being able to make them tangible. The idea that an object can make a child fantasize during his childhood has always fascinated me. I would have also liked to do sculpture, or painting. Who knows, maybe today or tomorrow I’ll start.

Can you tell us the most important goals of 2019?

It has been an incredible year; we released our first album “Hype Aura” which has had an excellent response and we have made many exceptional hosts including “Deejay Chiama Italia”, RTL and a special on Lucio Battisti for Rai Uno.
We were the first Italian band to shoot a video clip for a Vevo UK format in London, we played in Paris at the opening of the Phoenix and in Budapest at the Sziget, we personally produced our shows and played throughout Italy. We had incredible dates such as the ones at Alcatraz and Fabrique in Milan that were sold out, May Day in Rome as well as New Year’s Eve in Milan’s Piazza Duomo. We have had many radio passages and have just been awarded two gold discs among many other recent recognitions.

Your music talks about feelings, who do you refer to in your songs?

We refer to anyone that can relate to our path through his/her own experiences. A path that starts from the bottom but shows that with hard work and determination there is a light at the end of the tunnel.
Being a couple obviously reinforces this sense of sharing, but it is the “collaborating for a common goal” that probably creates an empathic effect on what we do.

What is your relationship with fashion?

We are curious and fascinated by fashion and have per- sonally taken care of every aspect of the project from day one including the aesthetics by trying to build a look that was as coherent as possible.
In the last year several brands have contacted us, and we hope in the future we will be able to carry on interacting with edgy brands.

Have you ever thought about collaborating with an international artist? If so, who and why?

It would be a dream to be able to work with rap artists such as Asap Rocky, Tyler the Creator, the genius that is Kanye, or more Pop-rock artists such as Tame Impala or Arcade Fire … if we have to dream we like to do it big, and we never say never. Sometimes certain collaborations are born from being in the right place at the right time so we will not exclude anything.

Milan is your city, that’s why the MILAMO project was born?

Absolutely yes, Milan is the artistic cradle where we started our journey. One of the first songs recited: “Melancholy Emo, Mi lamo”. This verse / play on words became a claim that we then put on sweatshirts and T-shirts and is therefore a fundamental part of our merchandise. At the moment we are cultivating an idea to evolve the “brand” and take it to the next step, but for now it remains a work in progress.

What are your future plans?

We are working on several fronts and will release some 27 new tracks however we want to do it by building a project around it, that for now is “top secret”. We have collaborations at stake with music producers of a certain caliber, and perhaps a minitour before the release of the next al- bum which will hopefully see the light at the end of this year / beginning of next.