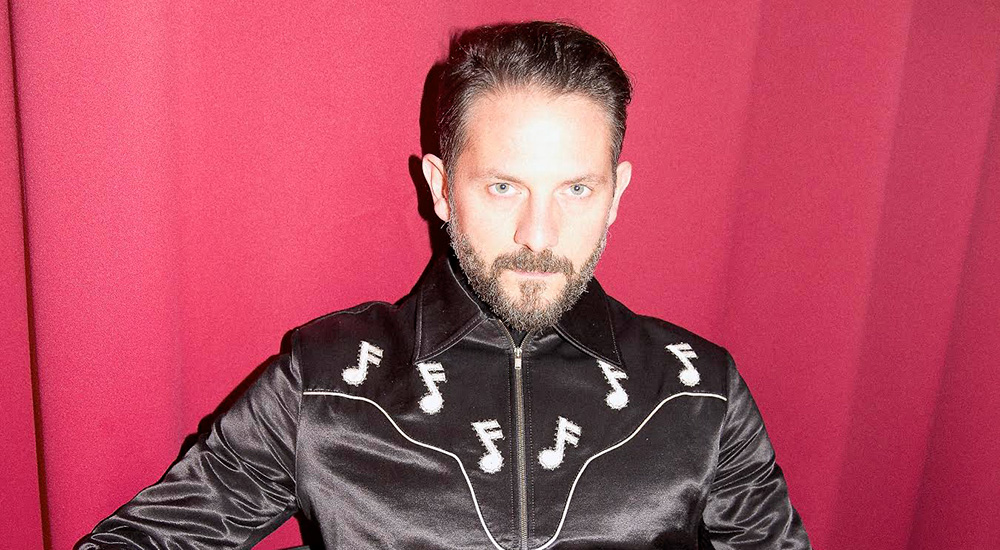 If we talked about Stephan Fasano perhaps many people won’t pay attention, but everything changes if we call him “The Magician”. Stephan, in fact, is an international Belgian Dj who, apart from being passionate about his job, is also an husband and a dad with a strong feeling for his family. I got so famous thanks the the remix released for Lykke Li; “I Follow Rivers” in 2011, and for Clean Bandit; “Rather Be”, in 2014, but is celebrity is not limited to this. One of his last accomplishment is the partecipation of Potion, his label, to the last edition of Tomorrowland, the biggest european techno festival, with a stage dedicated. Attracted by his successes and his strong style, our team of MANINTOWN interviewed him to discover more about his life and his ever evoluting career.

Can you tell us how your career began
It all started when I got asked to play in a small bar in Charleroi (Belgium). I was already a DJ for friends, birthdays and little parties before but there, things got serious because I was asked to play every Saturday from 9pm until 4am (even 6am sometimes) on my own. At that little venue (100 cap) I met a lot of key people who helped me grow up over to the capital, Brussels.

Are there people you are especially grateful to for having supported you through your career?
There are a lot of people but firstly my wife, Julie. We have been together for 12 years and she’s always supported me. She’s also officially worked on The Magician project with me since 2010. She used to design my first costumes, design the first Magic Tape artworks and keep an eye on some deals as well. She’s still doing a lot, I always ask her YES or NO before posting any photo or video and she’s the first ear to listen and judge my music. It’s a true relationship, deep and sincere.

You have a wife and daughter, how do you reconcile your work commitments with your family life?
As I said before, my wife is involved in the project but now we have a daughter she comes on tour less and works from home. I manage everything to enjoy my work and also enjoy my private life. I’m able to do both and be 100% focused on each. Of course it’s quite difficult when I’m away from home for 2 weeks, I miss them a lot.

You’ve just released your new single with TCTS and Sam Sure, ‘Slow Motion’. Can you tell us more about how this song was born?
Me and TCTS were in the studio in London for the first time together and Sam Sure popped in to say hi to TCTS because they knew each other. Then we played him the demo we’ve been working on, he liked it and we were like, we should write the vocal together. This happened almost a year ago, since then we’ve been releasing other stuff and by the time we were ready to release it, we thought the production sounded dated so we reworked the track. In the end we did 3 or 4 different versions before coming to the final version that is out now.

What has been the most exciting moment of your career up to this point?
There are lots. The first time I went to Japan, When I got booked for Coachella festival,  When we did Sunlight in the studio with Olly from Years and Years. When I made it to number 1 all over Europe with my remix of Lykke Li « I Follow Rivers ». When we did the 500th Essential Mix live in Liverpool for BBC Radio 1.

At what point did you realise that you were on the path to success?
When I see the results. But my goal is not having success, it’s doing what I like, being happy and making people around me happy.

Can you name a song that excites you, or reminds you of a very special moment?
Sebastien Tellier : La Ritournelle. I remember when I played this record and then I left the DJ booth to invite Julie to dance with me on the dancefloor.  We weren’t together yet though!

How important are fashion and style in your job?
Style defines your personality. Well if you have personality people around will see it through your style. I can understand someone from the choice of his shoes. In the dance and electronic music business, nowadays most of DJs who wear the same long black t-shirt and black pants.

Do you have a favorite brand?  Which one/ones?
Yes at the moment I like Balenciaga, Martine Rose, Calvin Klein and some ACNE stuff. Besides that, I buy vintage stuff too. Recently I found a beautiful 90’s Ellesse orange parka that looks very up to date.

How do you like changing your look depending on occasions? For example, when you are with your daughter or when you are in front of the decks?
I used to play with  different home made costumes but that time is over because I wanted to be more myself. I don’t mind wearing costumes, just not always the same one, I like to change and have different clothes. It can be a tux, a shirt, a tee, a sweatshirt with accessories as well.
I wear the same clothes whether I’m with my daughter or on a flight or in the studio or at the restaurant or behind the decks.

Can you describe your feelings about hosting your own stage at Tomorrowland, the largest festival in Europe?
It’s great, I had the chance to get Potion on the new Tomorrowland stage for the first time and it’s honestly the coolest stage ! It’s been a big success and we will do it again next year.

Any dreams you’d still like to achieve?
I would like to live in Japan for a while.