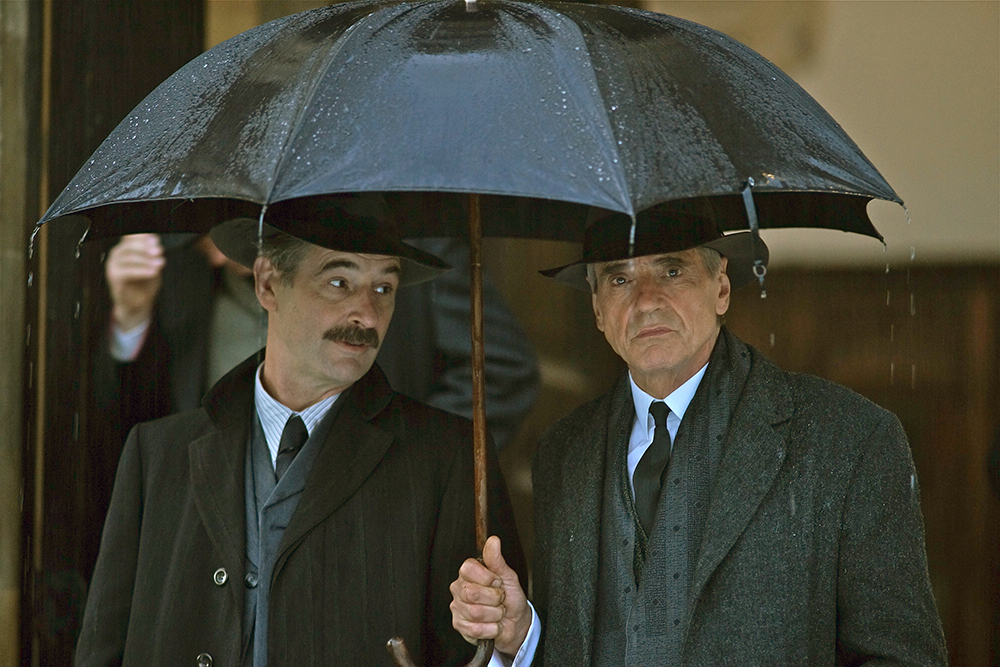 Highly recommend for the gentlemen from the solid head and a tender heart and to all those who let themselves be moved by the intellect wonders beyond the barriers of language, race and religion. The story of Srinivasa Ramanujan, the Indian Pythagorean mathematics of the twentieth century evoked with taste and poetry by Matthew Brown in Eagle Pictures’ & ‘The man saw that the infinite‘ is really a memorable example of the genuine opportunity to overcome taboos and differences seemingly insurmountable in the name of science and its benefits in the name of a new humanism.
The Ramanujan trip’s to England in 1913, starring by a radiant Dev Patel (already well-known and acclaimed for his portrayal of Danny Boyle &’Slumdog Millionaire’ in 2009) is described with intimist and compelling tones. The meeting with the dandy mathematician Godfrey Harold Hardy played by a wonderful and elegant Jeremy Irons raises questions and poses crucial queries about the possibility of sharing similarities, beyond the personal, philosophical or religious beliefs, in the name of love for the ‘beauty of mathematics as it is described by Bertrand Russell, (played by Jeremy Northam) and its symbolic and almost metaphysical value. For Ramanujan, the mathematical equation and the algorithm derived from divine illumination. Died for tuberculosis at the age of 32, Ramanujan remained forever in the hearts of his faithful friend Hardy who succeeded with his enthusiasm to get them into the academic community of Trinity College, Cambridge, a very high honor for that time to who was not English. Dev Patel, a self-taught genius manages to summon all the inner struggle and discomfort of being a misunderstood Talent who was experienced by Ramanujan in a world which considered the Indians as a subordinate race and (which) harbored skepticism for the new intuitive theories of the Indian mathematician. His wardrobe, result of the research by the brilliant costume designer Ann Maskrey, reflects the transition that he lives from colonial South India where he&#39;s represented as a Brahmin from the suggestive manners, to a rigid formalism of the West in the elite outfits that Irons wears with rare appeal thanks to his gentlemanly researched and creative nature. The costume designer is able to masterly reconstruct the clumsy but never awkward or caricaturist look of Ramanujan who arrives in Cambridge and he’s forced to immerse himself in Western ways through the innate grace and acting sensitivity of Patel who really leaves its mark with his kindness and big eyes. Movie to see and review, touching and vibrant.