In Brett Lloyd‘s life, Naples represents the perfect triangulation that brings together Doncaster, his hometown, and London; all three under the banner of the working class. In between, there are New York, Rome, several apartments and one less identity document. A large part of Lloyd’s professional growth was – indeed – spent under a whirling thrust of journeys in which Naples was the be arrest. Here, Brett Lloyd found himself stuck by chance – in 2010 – when, missing the last circumvesuviana to Sorrento, and not having the documents to register in a hotel, he resolved to wander like a modern Baudelairean flâneur to discover the Neapolitan life.

Full of love for the Italian Renaissance, and for Neorealism, his works ended up being a slow and progressive stratification of emotions that in 12 years spent there – where summer is the only time measurement – had combined the plasticity of the classic works with the anatomy of human fragility, which especially for the younger generations portraited fits well with the joy of living in freedom. The heatwave as a measure of time – between sweaty faces and swimming in the sea – is also the time required for the realization of “Napoli, Napoli, Napoli”: which shooting lasted for four summers from 2018 to 2022.

In slowly wandering the weary step of the simple, Lloyd intercepts the sublime in the subordinate, all in the frame of a dramatic city among peers, to such an extent that it is not contained in its very name: Naples, pardòn, “Napoli, Napoli, Napoli”; a photographic collection of 135 shots, published by Mörel Books and designed by Macs Iotti, resulting in an exhibition of 24 images from 16 November at the Spazio Maiocchi in Milan, previously in Paris and now in New York.

“Napoli, Napoli, Napoli” comes after the debut work by Lloyd – “Scugnizzi” – published in 2014 by Dashwood Books. If in the first collection color was at the center, here black and white prevail in pendant with the duotone of the aseptic cultural space; if before we looked at the overall pictures meticulously orchestrating a large number of subjects in the frame, now the camera is increasingly narrowing around the individual.

The book is a tribute to the capital of Campania

Finally, if in “Scugnizzi” youth is carefree, lively and disheveled; in “Napoli, Napoli, Napoli” what dominates is the truly tragic dimension of a new realism made up of insistent close-ups, astonished faces, bodies in ecstasy entangled in fishing nets that bring back to the laoocontian torments of a masterpiece of Neorealism, “Stromboli, terra di Dio” by Roberto Rossellini.

However, Lloyd’s project does not end with the artistic tribute to the City, but enters the social sphere. To accompany the book and the exhibition, the Neapolitan brand Vienmnsuonno 1926 and the art director Daniel Sansavini have developed a capsule of handcrafted screen-printed t-shirts on red, blue and coral, the symbolic colors of the city of Naples whose proceeds will be donated to the Friends of Naples association. 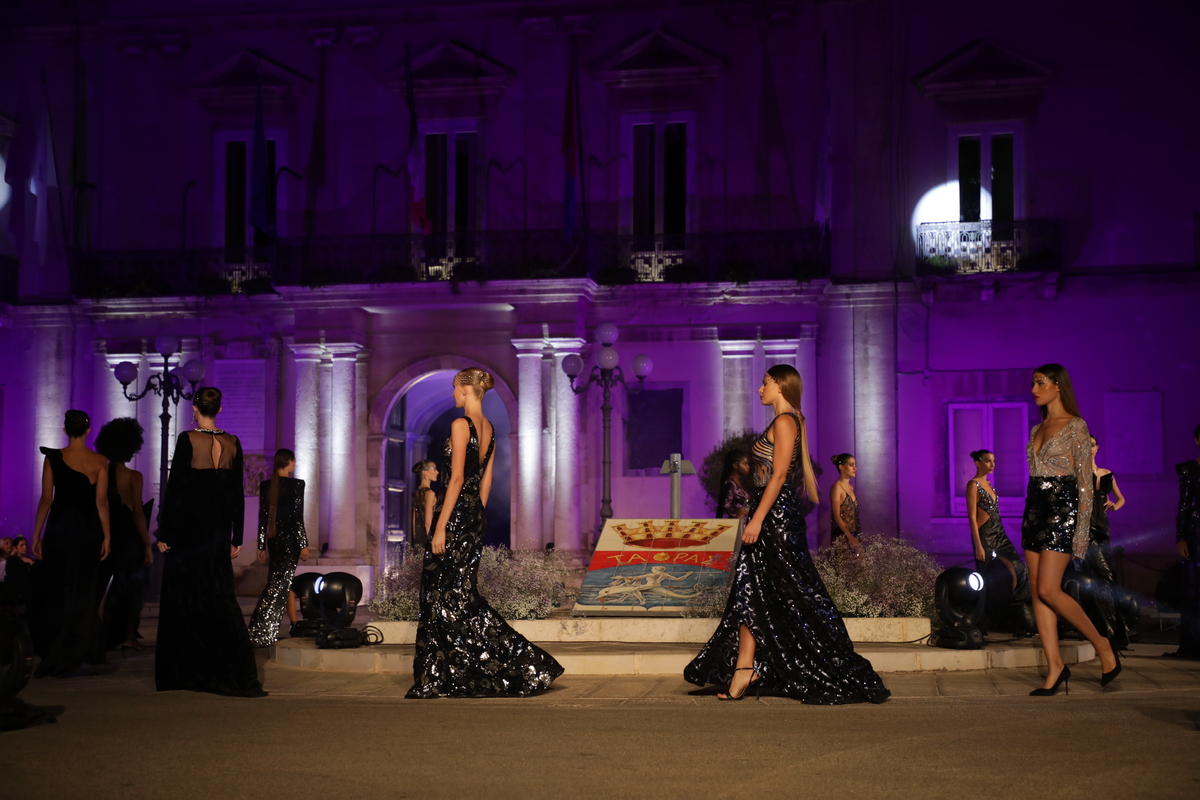