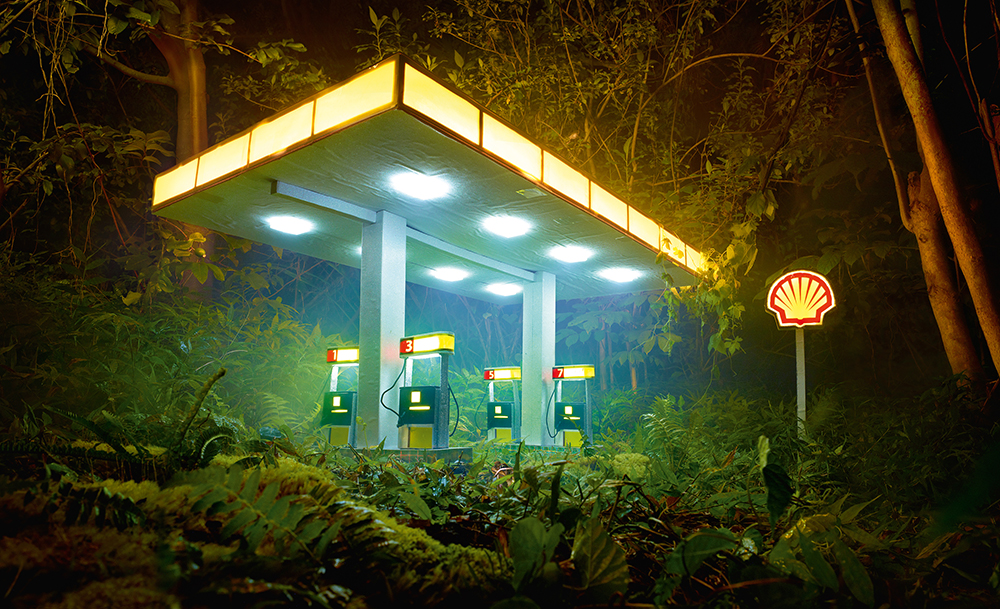 The large-scale solo exhibition ‘David LaChapelle. I Believe in Miracles, at the MUDEC in Milan, produced by 24 ORE Cultura – Gruppo 24 ORE and promoted by the Comune di Milano-Cultura, is the result of a journey of artistic research lasting a lifetime which presents a previously unseen and, to some extent, surprising David LaChapelle. Over 90 works are displayed – including large formats, site-specific installations and new productions – directly from the artist’s studio, to present his vision of a new world and a potential new humanity.

A series of works that are part of the new, visionary phase of LaChapelle

Starting with his early works, the eyes of the public are opened for the first time at the Museum of Cultures to a previously unseen series of works that are part of the new and visionary phase of his output – the last, dated 2022 – the result of the powerful legacy of his lengthy artistic and human experience. With an unprecedented project curated by Reiner Opoku and Denis Curti in partnership with LaChapelle studio, the Museum of Cultures hosts an exhibition itinerary that critically examines the human soul, investigating its various facets of joy, pain, solitude and passion, insecurities  and  ideals. Humankind and its relationship with itself, human beings in the surrounding environment and in society, humankind in nature. A very personal vision that the Mudec has chosen to present by staging this retrospective of the artist, furthering anthropological reflection on the present.

The exhibition includes over 90 works which unfold in a flowing and captivating narrative, through the artist’s very personal vision of a “gestural” kind of photography; that is, a snapshot of the present while “alert” for the future ahead.

Images that reveal LaChapelle’s vision for a new world

Starting with works that portray the vulnerability of the planet and the fragility of humankind, together with a repertoire that looks at pop culture and the stars of cinema, music and art, the exhibition winds its way through images that reveal the artist’s vision for a new world. A world that seeks an uncontaminated and luxurious nature where everyone can experience spirituality, love and beauty and where men and women can finally live liberated from alienation and in unity with the natural context.
The exhibition itinerary is a personal journey steeped in memories and sentiment that purposely mixes a non- chronological order with the experiences of a professional and private life which, in the end, prove to be on the same level. New photos have been exhibited for the first time following the challenging experience of the two-year pandemic. They have been conceived in the natural surroundings of Hawaiian forests, where LaChapelle has made his home.

The photos interpret certain passages from the Bible and seem to signify a “change of pace”. His style gradually becomes more intimate and pensive. The settings relinquish, at least partially, the surreal dimension to descend into a more realistic atmosphere.
Less saturated compared to his previous works, the colours invite us to go back in time to reflect on our values and on the need to see also ourselves in a miraculous new world. 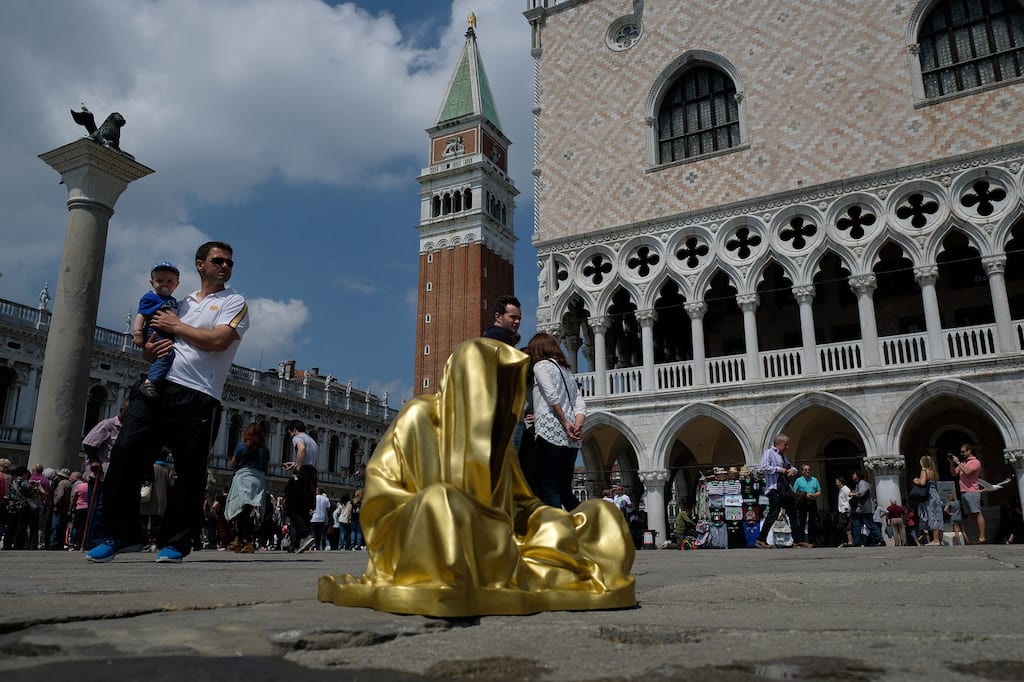 Despite originally moving schedule from May 23 to August 29 this year, Venice Biennale’s 59th International Art Exhibition has been postponed until 2022. As one of the world’s largest (and most prized) exhibitions, its organisers have decided to move the event to make a way for the 17th International Architecture Exhibition “How Will We Live Together?” which was originally scheduled to launch this May.

The new events dates will now go from April 23 to November 27, 2022, meaning the new schedule will coincide with documenta, another prominent art exhibition held once every five years in Kassel, Germany, which was set to launch this summer.

“In the past few weeks it has become apparent that holding the Architecture Biennale this year would have dramatically compromised the event, leaving countless of nations without the representations of their pavilions and preventing hundreds of architects and thousands of viewers to participate in the exhibition,” said Cecilia Alemani, curator of the High Line in New York and artistic director of the next Venice Biennale. “I look forward to having more time with the artists to develop ambitious new projects.”Alemani added: “In 2022, the Art Biennale will open two days before the day in which Italy traditionally celebrates the end of World War II: I hope that the occasion will mark a new celebration of togetherness, a new sense of participation and communion that we are all very much looking forward to.” 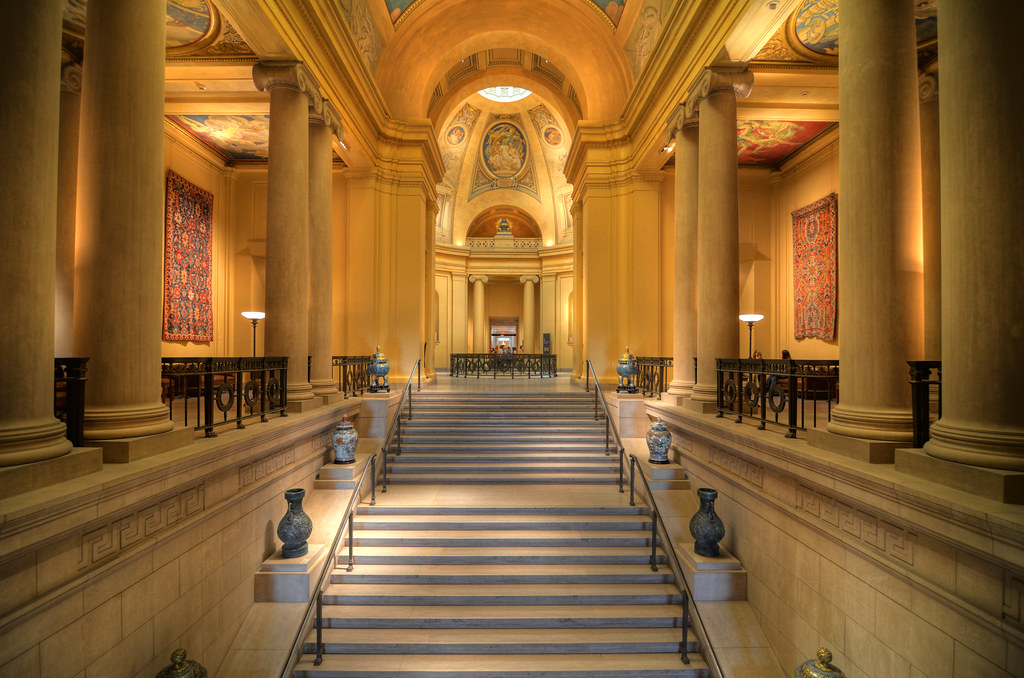 Due to the Coronavirus pandemic, Boston’s Museum of Fine Arts has decided to postpone the physical launch of its greatly anticipated “Writing The Future: Jean-Michael Basquiat and The Hip-Hop Generation”. The exhibition was initially bound to take place from April 5 to August 2, 2020. Instead, MFA Boston will launch a virtual version in weeks to come.

A recent statement saw MFA Boston remarking: “Writing the Future: Basquiat and the Hip-Hop Generation’ tells the story of artists who overcame great barriers to bring the world entirely new forms of cultural expression. Now more than ever, it is an exhibition that is urgently needed—one that promises to bring our museums and communities of all ages and backgrounds together at a moment in which new modes of access to art, culture, and ideas will pave the way to our shared future.”

The show will display exclusive, rare works by Jean-Michel Basquiat alongside Keith Haring, Futura, RAMMELLZEE among others. Overall, the exhibition will offer insights into Basquiat before he rose to fame, epitomising his socio-political issues that influenced his iconic works, and showcasing the relationship with fellow artists that helped define New York City’s downtown art and the hip-hop scene in the ‘80s. One of the highlighted, collaborative works to go on display is the United (Fun Fridge) that comprises a slew of hand tags by Basquiat, Haring, Futura, Eric Haze, Kenny Scharf and others.

Visit MFA Boston’s website for more updates on the exhibition. 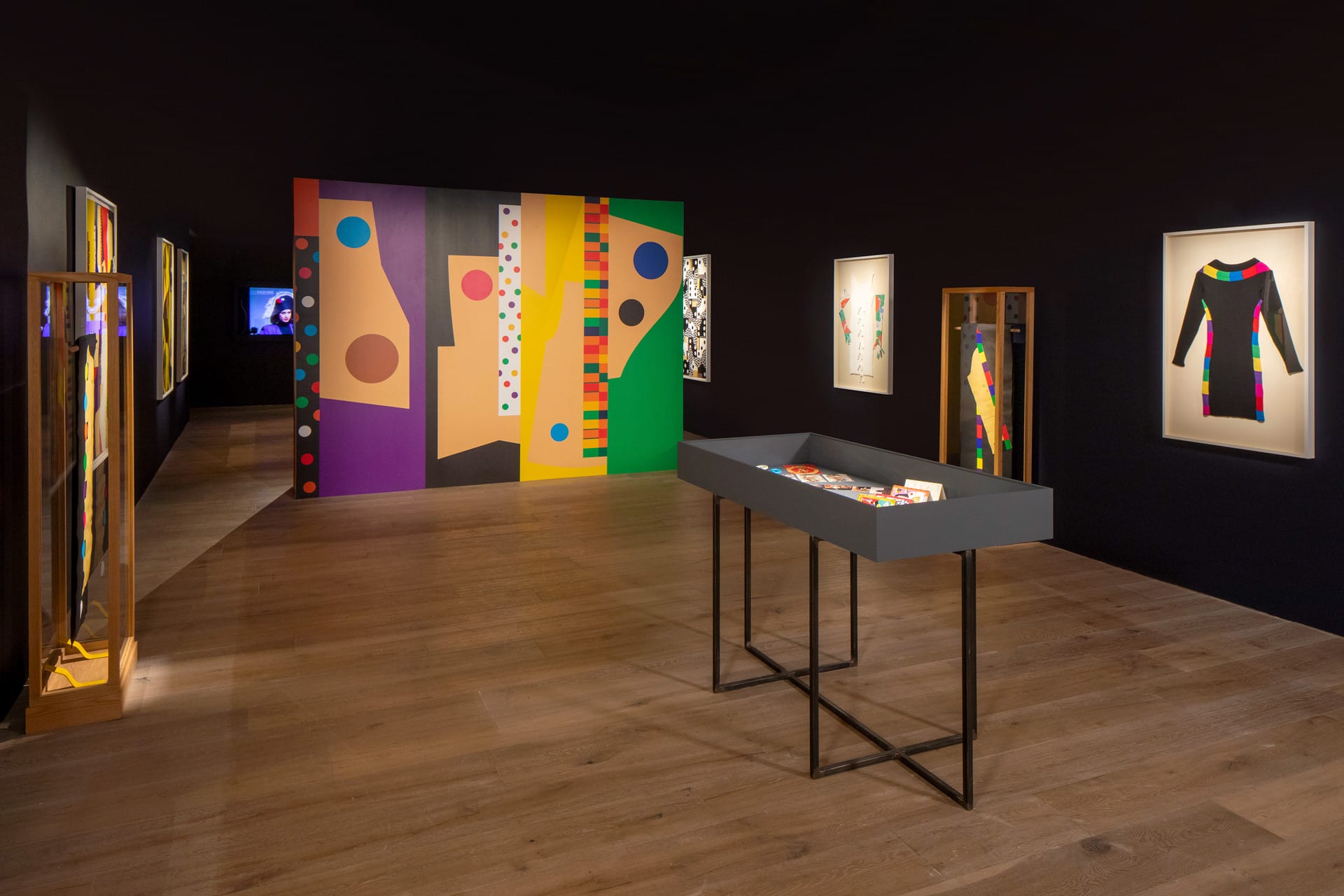 Despite Covid-19 is nourishing worldwide terrible feelings about our future (actually it seems to live in an Orwell’s dystopic novel), yes, big surprise, the world itself it’s not stopping.

Many museums, for example, have organized online tours to visit them, or in some areas not that much affected by this terrible pandemic virus, it’s still possible to have a lovely visit to spend our beloved free time. From music through art and fashion and more, here is a list of the best exhibitions currently or soon visitable worldwide.

Patrick Kelly, rebel fashion genius, who knew how to combine American folk and his African American descendants in his creations, is honored with an exhibition. Precisely at the Scad Fish in Savannah, in the States.

With its button-style revolution, funky quotes and pop virtuosity he enchanted the stars in the 1980s. And we’re talking about stars with a capital S: Paloma Picasso, Pat Cleveland, Madonna, and Goldie Hawn, to mention a few. The exhibition dedicated to the United States’ designer, entitled “Patrick Kelly: the Journey” is the result of the long research of the artist Derrick Adams in the archive of the designer who died in 1990.

Adams is a connoisseur of black culture, or rather a great part of his production both as an artist and as curator derives from his color identity. Especially it revolves around the models of Afro culture in America. So the link between these two figures represented the most natural choice for the curator of the museum hosting the exhibition, Alexandra Sachs.

The contemporary artist and curator Adams was thus able to make a full immersion among the memorabilia, sketches and many other objects that belonged to the designer and that are located at the Schomburg Center for Research in Black Culture in New York. Among these rare memorabilia, there is also the proposal written on a sheet, a sort of dedication written by the poet Maya Angelou to write a book on the life of Patrick Kelly.

Adams commented on Kelly’s production stating that his production was heavily influenced by the social context of his time and an overwhelming sense of humor. The exhibition features abstract collages and Adams sculptures made with patterns, embroidery and other original materials from Patrick Kelly’s archives. This exhibition is currently present in the American museum until 19 July 2020.

An anthem for London and the entire world, this exhibition goes behind the scene of an epic album: ‘London Calling‘ by the Clash. the Museum of London showcases images, music, memories and personal objects, from the band’s history – some never seen before – in a free display.

London Calling, a milestone of contemporary music, was generally about London, with narratives featuring both fictional and life-based characters. Journalist Sal Ciolfi once stated that “the songs encompass an arrangement of urban narratives and characters, and touch on themes such as sex, depression and identity crisis”.

A melting pot of musical styles, driven by a passion for action and a fierce desire for social justice. this new exclusive display at the Museum of London examines how London itself influenced The Clash as they became the most popular British band of the 20th century.

Mirror-polished stainless steel and finished with an orange transparent coating sculpture, Bear and Policeman (1988) from the Banality series; Dolphin Taz Trashcan (2007–11) from the Popeye series, and Hulk (Rock) (2004–13) from the Hulk Elvis series.

Also showcased a sculpture’s balloon form of the prehistoric Venus figurines depicting a stylized figure of a female form: Balloon Venus Dolni Vestonice (Violet) (2013–17) from the Antiquity series. A quote from the artist itself well represents his production: “Art to me is a humanitarian act, and I believe that there is a responsibility that art should somehow be able to affect mankind, to make the world a better place (this is not a cliche!)”.